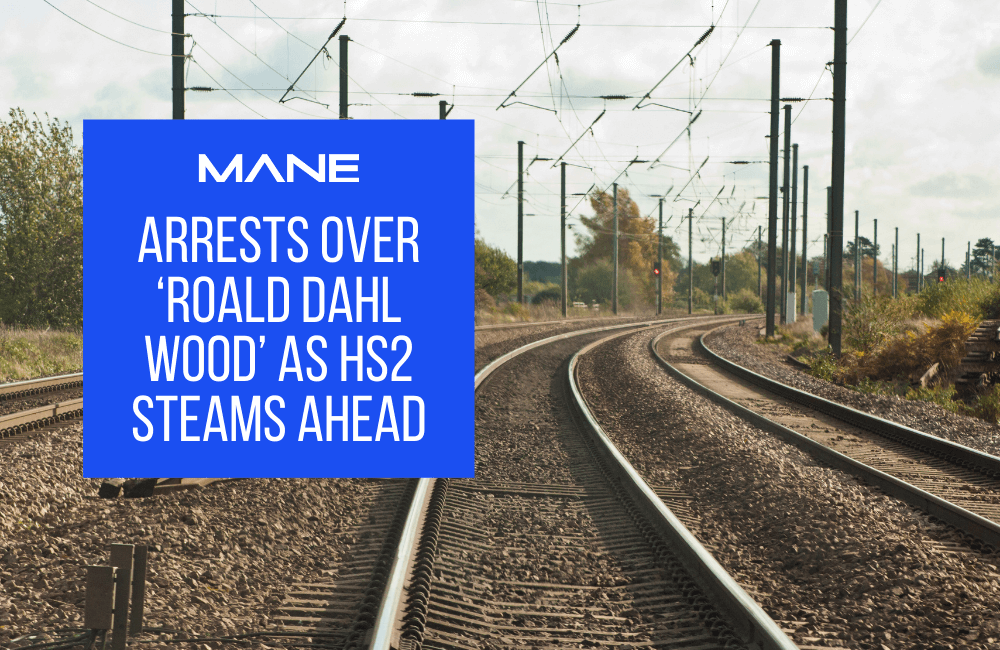 Arrests over ‘Roald Dahl wood’ as HS2 steams ahead

Three HS2 protesters have been arrested over plans to destroy part of a woodland that inspired Roald Dahl.

The benefits of the new high-speed railway are many. It will slash travel times from London to the North in half, triple the number of people who can travel by train across the route, and create around 22,000 new jobs.

And it also has benefits for the environment. More people and freight travelling by train will reduce road and domestic air travel and cut emissions. HS2 is said to be one of the world’s most sustainable high-speed railways, an important step towards the UK’s goal of net zero emissions by 2050.

But however positive its overall impact, there are difficult and controversial decisions to be made at a local level. Trains that travel at up to 250mph can’t easily swerve around local landmarks, and one of these is Jones’ Hill Wood.

Roald Dahl wrote his stories in the nearby town of Great Missenden, and was inspired by the wood when writing classics like Fantastic Mr. Fox. There’s even a real-life Farmer Bunce nearby. Peter Bunce was among those who objected when Natural England issued licences for two-thirds of the wood to be felled to make way for HS2.

Natural England had delayed the felling for a year over the discovery of bats at the site. But after investigation, and some “mitigations” including the creation of new bat roosts, they concluded that the project could go ahead without damaging the overall conservation status of the local bat populations.

The decision sparked protests, with activists sleeping in trees, leading to the arrest of three protesters for blocking an access route to the wood.

In compensation, HS2 will plant 22,000 trees to create a new woodland connecting the remains of Jones’ Hill Wood to another wood. Alex Towse, a construction director working on HS2, said the mitigation scheme was designed to join up existing habitats for local wildlife and create a “green corridor” along the HS2 route.

HS2 plans to plant up to seven million trees and shrubs along the first phase of the railway, creating over 33 sq km of new woodland and wildlife habitats.

Despite the challenges caused by the pandemic, the HS2 6-monthly report to Parliament in March 2021 listed some impressive achievements, many of which are relevant to environmental concerns, including: