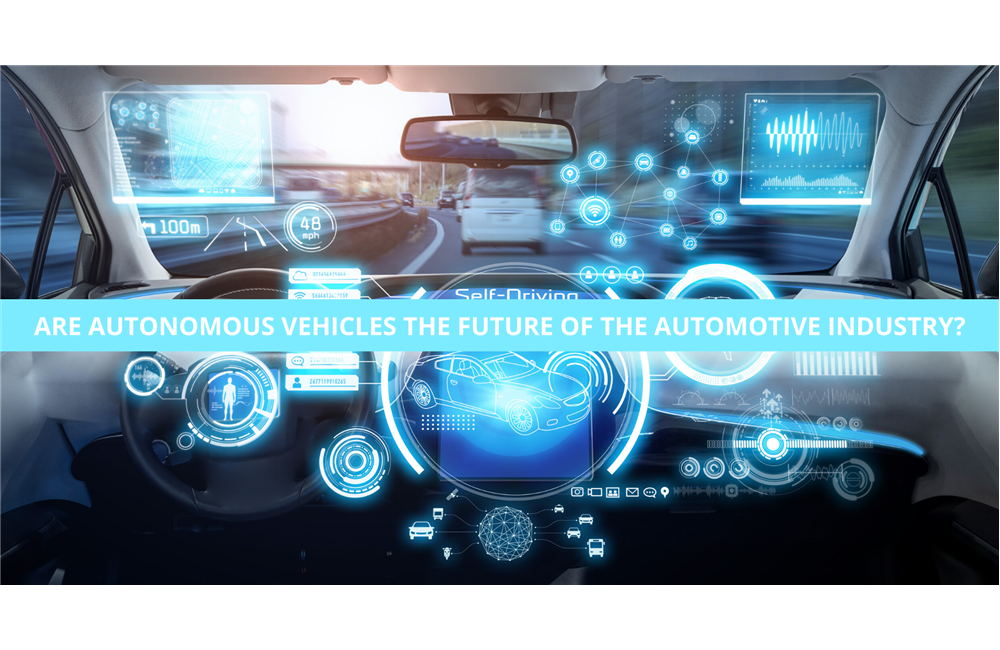 Are Autonomous Vehicles the Future of the Automotive Industry?

The concept of a car operating autonomously without a driver was first unveiled at ‘The World of Tomorrow’ at the 1939 World’s Fair, with General Motors’ ‘Futurama’ exhibit. Designed & inspired by the likes of science fiction, this exhibit showcased what the world might hold for those lucky denizens of the future, including drastic new architecture, sprawling beautiful cities and, perhaps most alluring of all, completely autonomous cars.

While the former elements of the exhibit started to become more & more applied to the real world after World War 2, it was the dream of driverless cars that proved harder & harder to realise in reality. However, slowly but surely, progress was being made by engineers, mechanics and some of science’s greatest minds behind the scenes. From laboratory focused tests in the 50s to worldwide invitations from DARPA in the early 00s, the challenges of engineering an autonomous car were being met one by one.

Now, in the year 2020, our grasp of technology is so great that these previous issues, that of a car sensing, processing and reacting to the road, are being solved at varying degrees of success by major industry leaders such as Ford, Audi and even Google. The car manufacturers aren’t the only titans trying to claim that they’re the first to crack the challenges of truly autonomous vehicles, and with promising tests being performed by the likes of Tesla, Toyota and BMW it seems like the days of being chauffeured around a city by a driverless car are dawning.

So what do these exciting developments mean for the automotive industry? How should prospective engineers and ambitious mechanics begin adapting themselves to make the most of this new technology? And what kind of benefits can we expect to see from what is almost as impressive as reinventing the wheel? Stanley R Harris explores these questions and more.

How Autonomous Vehicles Help the Economy

Certain projections showcase just how autonomous vehicles will affect not just the automotive industry, including that of the manufacturers as well as insurance companies, but the economy of entire countries. For example, projections from the likes of Govtech suggest that the US economy could save anything from $800 billion to $1.5 trillion a year if autonomous cars were to begin rolling out onto roads and motorways.

These staggering figures come from a variety of different elements, ranging from fuel consumption and, on paper, a significant reduction in road accidents. Improvements to traffic flow, due to more seamless & efficient journeys, would lead to less fuel being required by vehicles, which could, in turn, result in an increase in productivity for almost every industry that requires commuting or long journeys. The drop in accidents, prevented by autonomous vehicles beginning to co-ordinate their trips, would also create untold benefits, not just in terms of road safety but by removing the need for wreckage removal.

Even apparently unrelated markets would be affected too, such as the real estate market. With a reduction in traffic jams or issues on the road, stress & effort getting to and from work would be greatly reduced, resulting in a decline in value for homes closer to, or within, the city, which would encourage an ‘urban sprawl’ and an increase in demand for homes further away from these currently high-valued locations.

How the World is Embracing Autonomous Vehicles

As remarkable as these economic benefits may be and how they might explain how nations across the globe might begin manufacturing and implementing autonomous cars, the industry will only truly begin embracing big changes like driverless cars if they’re received positively. Attitudes towards driverless cars were previously negative, with what people questioned about them often responding that they wouldn’t trust either being within a driverless car on the road nor would they be assured of their safety on the road if it was occupied by autonomous cars.

However, tides seemed to quickly be turning with each successful test, as between 2018 and 2019 the following rates occurred, displaying what percentage of the public didn’t trust autonomous cars.

These often sharp declines in distrust, and thus increases in trust, reveal that public opinion on autonomous vehicles is changing rapidly, which could indicate just how open to autonomous vehicles a consumer might be when choosing between a driverless car and a traditional one.

How Autonomous Cars Will Affect the Industry

The inclusion of companies like Intel, Huawei, Samsung and other more tech-focused players suggests that the automotive industry might be forced to make space for new competitors. Despite being more or less completely new to the industry, these tech giants aren’t fresh when it comes to business. Industry titans like Hyundai, Chevrolet and Bentley may soon find themselves squaring off against global powerhouses like Google and Apple, which could cause major tremors in the status quo.

These changes don’t just affect the companies as a whole, but those looking to enter the industry too. Engineers and mechanics, as skilled and talented as they may be, might soon find themselves inundated with anything from new concepts for cars to repair requests that require knowledge about technology. As autonomous cars become more common, the demand for engineers and mechanics who can also handle the intricacies of technology will skyrocket, prompting those who are savvy with wrenches to begin understanding the likes of AI and computing.

This isn’t to say that your local mechanic will be expected to have an MA in artificial intelligence, but much like with the electric car being inserted into the market, specialised skills and awareness of new technology will shift from fringe knowledge to essential parts of the job.