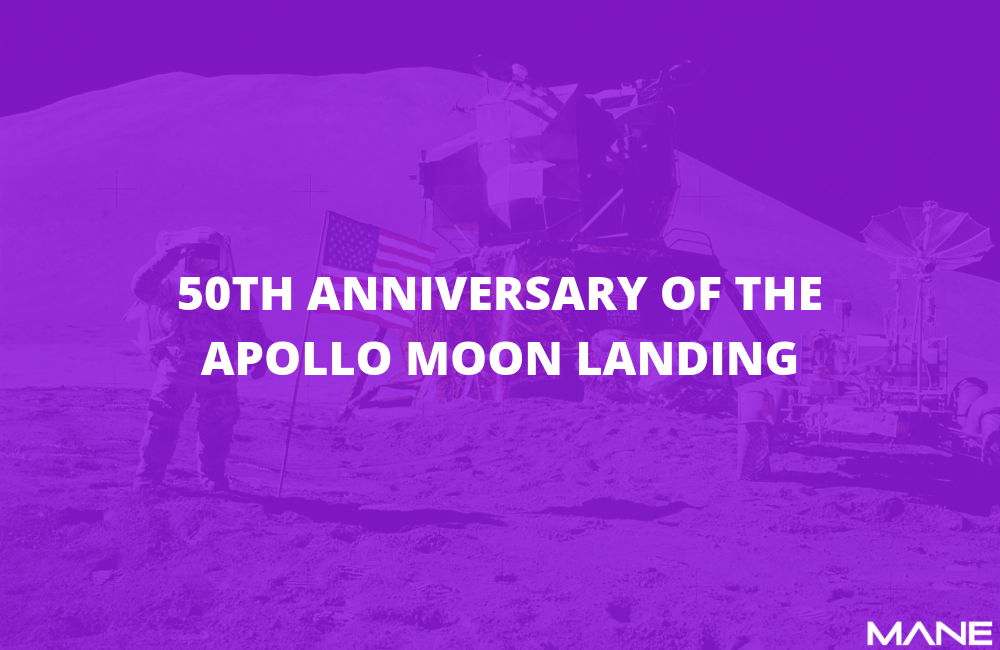 Out of this world; words to describe the magnificent leap man took into space.

This week marks the 50th anniversary of the Apollo 11 moon landing. 50 years ago on July 20th 1969 at approximately 20:17 pm, the first men landed on the moon. The crew members for this historic mission were Neil Alden Armstrong, Lt. Colonel Michael Collins, and Colonel Edwin Eugene “Buzz” Aldrin, Jr.

America and the Soviet Union were in the race to be the first to place their flag onto the moon’s surface. After attempts to get onto the moon, President Kennedy was set a challenge to put a man on the moon before the decade was out. He did just that.

“That’s one small step for man, one giant leap for mankind.” The historical words spoken by Neil Armstrong after making his first contact with the lunar surface. Left behind was an American flag, and a plaque reading "Here men from the planet Earth first set foot upon the moon. July 1969 A.D. We came in peace for all mankind."

Gene Cernan, commander of the last Apollo mission left the moon with these words: "We leave as we came and, God willing, as we shall return, with peace, and hope for all mankind."

The moon landing has since shaped and inspired generations. Companies such as Virgin Galactic, who took their first test passengers into space in 2019 have taken great steps into getting more humans into steps. With entrepreneurs such as Jeff Bezos, Elon Musk, and Richard Branson, sooner rather than later, commercial space flights will be a reality and not a dream.

Other companies taking tourists to the International Space Station (ISS) are: Space X, Blue Origin, Orion Span and Space Adventures. Although it might cost you a lot to get into space now, prices should drop with the rise in commercialisation.

Maybe you might make your way into space one day.