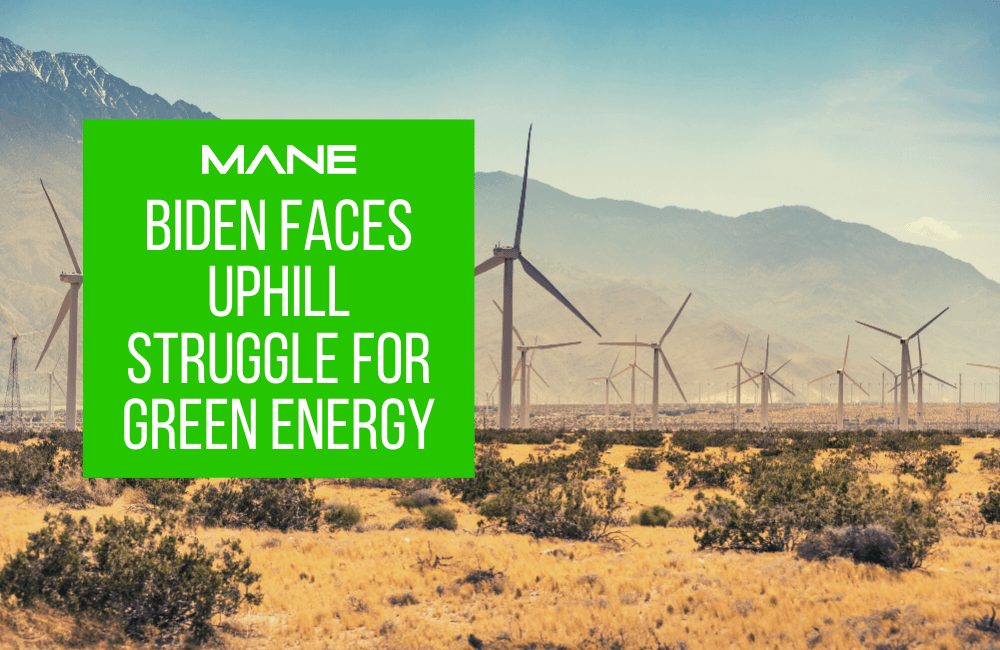 President Joe Biden wants the US to run entirely on renewable energy by 2035. Now he must overcome major challenges to put his ambitious plan into action.

COVID has caused about 450,000 job losses in the renewable energy sector, siphoned federal resources away from the industry, and made it harder to build infrastructure for wind and solar power.

Biden’s 100% green energy goal calls for massive grid infrastructure to get electricity from wind farms to cities. Currently only about a sixth of US electricity is from renewables.

And it’s imperative to get the ball rolling in the next few years. While 2035 seems a long way away, it actually takes about a decade to plan, site and build transmission lines, and it’s likely to cost $30-$90 billion over that time to get all the infrastructure set up.

With Democrats holding the Senate by the narrowest possible margin, it’s not going to be easy to pass the legislation needed for this to happen. The fact that Biden campaigned on climate will help, but concessions will probably need to be made for green energy bills to pass.

Biden’s victory, and that of Democrats in the Senate, are widely seen as a boon to the US renewables industry. Despite COVID and Trump’s support of fossil fuels, US wind and solar power managed to grow during the Trump years, with a record number of installations last year.

Currently, the US only has two working offshore wind farms, in Rhode Island and Virginia, but over two dozen more are in development. Biden’s administration could realistically make the US a leader in offshore wind.

One of his first steps must be to restore lost jobs in the sector, and even create more. Current estimates put the number of US clean energy jobs anywhere between 700,000 and 3 million. Biden has pledged to create 10 million.

He’s also said the nation needs tens of thousands more wind turbines and millions of more solar roofs. His focus on legislation to cut carbon emissions could push up the cost of fossil fuels and make wind and solar power more competitive.

He’s also likely to speed up permit procedures for new green energy installations and to provide the industry with more certainty on tax credits, which are major growth drivers in the sector. Industry leaders are hopeful they’ll be able to rely on years-long extensions of these credits.

They’re also calling for an end to tariffs that force the US to pay some of the highest equipment prices in the world. Solar component tariffs will expire in 2022. While it’s not clear whether Biden could end them earlier, he’s not expected to extend them – unlike Trump, who was talking about increasing them a few months ago.