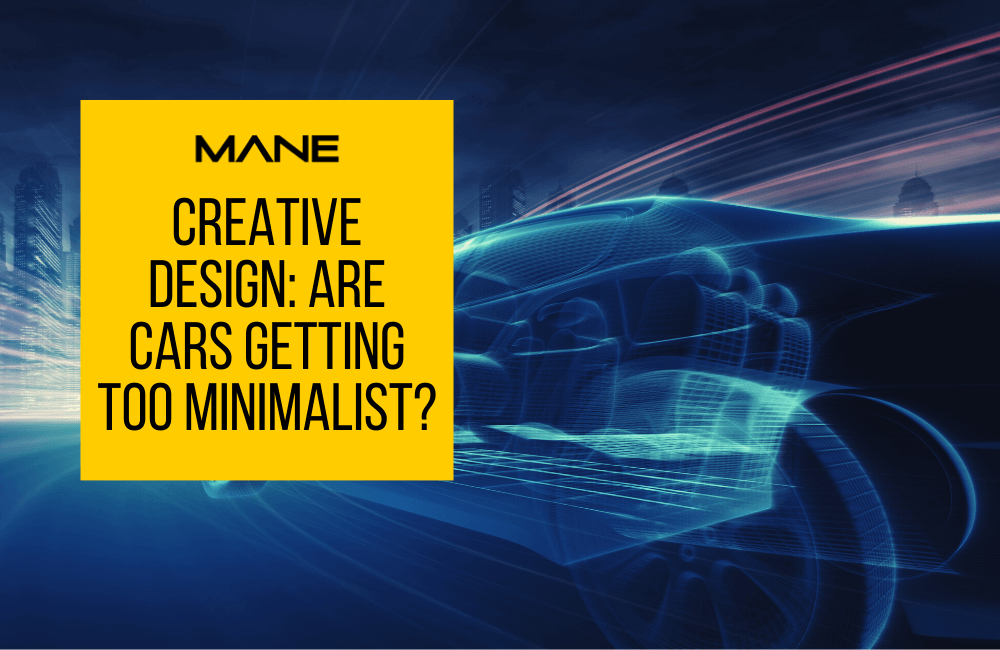 Creative design: are cars getting too minimalist?

Less is more in auto design right now. It seems every new car is more iPhone-like than the last. Are we okay with where this is going? Can a car be too purely functional?

In car design, minimalism means pared-down interiors, lines that are clean to the point of indistinguishability, and lots of touchscreens. Simply removing chunks of the car to reveal its structure, as in the Caterham 7 or Mini Moke, may be mislabelled as minimalism, but real minimalism is something like the Lucid Air, a car so iconically, featurelessly sleek it doesn’t even have a face.

The obvious risk here is the loss of character. Touchscreen controls can contribute to this; the click and twiddle of analogue buttons and knobs creates a tactile bond with the car. The tendency for minimalist controls to remain hidden until needed, like a discreet butler, makes for an unexpressive design inside as well as out.

This tendency is even more marked in concept cars, especially the growing number created for tech events, which tend to look more like smartphones from space than something you’d actually enjoy an afternoon drive in. And with the demise of the traditional motor show accelerated by COVID, concept cars are likely to go still further down this road. But there are standouts.

At Car Design Dialogues, a recent virtual event from CDN, minimalism was a major theme as designers from Cadillac and FCA worked to integrate technology into the new Cadillac Lyriq and the rebooted Jeep Grand Wagoneer. But neither went as far as hiding all functionality behind a touchscreen.

“There’s artistry in clean lines combined with ornament,” said Chris Benjamin, head of interior design at FCA. “We didn’t want the design to lose its soul. It can feel very cold if it’s just a bunch of screens.”