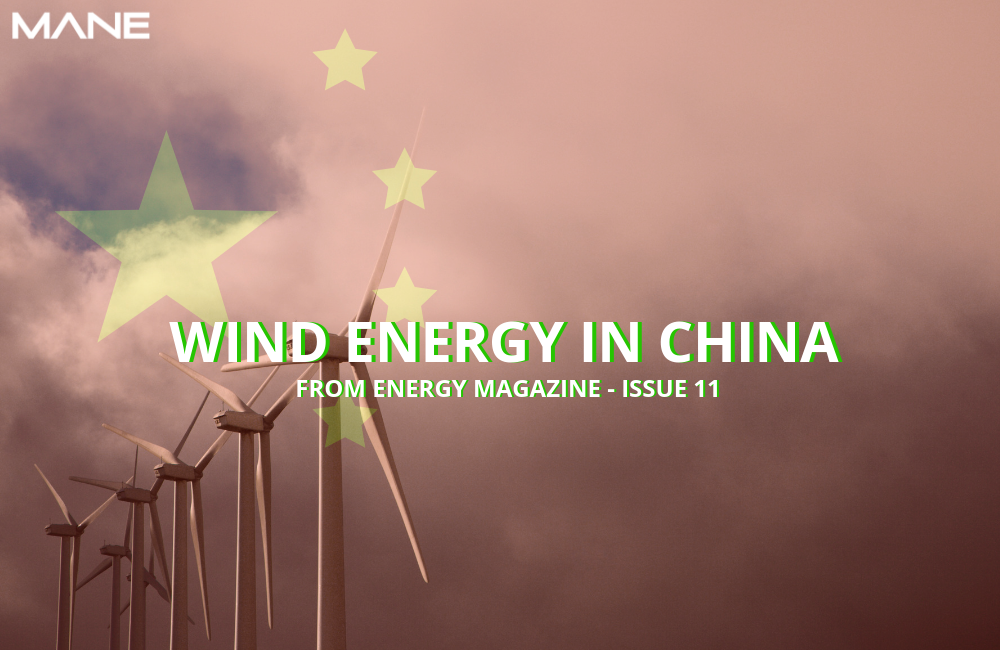 China has begun building an offshore wind-power project with the ambition of it being the biggest installed capacity in the country.

The wind farm's first turbine was installed on the 15th of October 2018 in waters close to the island of Nanpeng - South China's Guangdong Province. The project is expected to generate an estimated 1.46 billion kWh of electricity yearly when it goes on stream in 2020, according to China General Nuclear Power Corporation (CGN) - its developer.

Guangdong plans to build 23 offshore wind farms before 2030, the combined wind farms will reach the capacity of approximately 66.85 million kilowatts once installed.

According to the Global Wind Energy Council, China ranked third in terms of the total installed capacity of offshore wind turbines. This accounts for 11% of the world’s total as of 2016, with enough wind energy alone to power all of China.

The winds blowing in China are seen to be powerful enough to generate low-carbon electricity that eliminates the majority, if not all of the power sector's future greenhouse gas emissions, according to researchers from Beijing's Tsinghua University and Harvard University.

China's demand for electricity is valued to increase by up to 10% each year. Wind energy is seen to displace 23% of the coal-generated electricity that China demands.

In its report, the GWEC described China as the "driver of global market growth for most of the last decade." The "largest overall market for wind power since 2009," China installed 19.7 GW of capacity in 2017, a huge amount that was more than double any other market.

Energy created by wind could replace 640 GW of coal power. The switch is estimated to reduce emissions by an astonishing 30%. The switch would however require £714 billion. The target is for wind energy to supply 40% of China’s energy by 2050.

The emergence of the Asian market is rapidly becoming a serious competitor. The ‘Korea Offshore’ proposed wind farm, has a total capacity of 2,500MW (nearly double the amount of the wind power from the wind farm in Hornsea) - already approved by the Korean government.

When we factor the plans made by the Taiwanese and Chinese government, it’s clear to see that there will be a clear winner for the battle over clean energy.

Competition must be is excellent as the price per megawatt will only keep falling until renewable energy, in particular, offshore wind is the dominant factor in energy production worldwide.