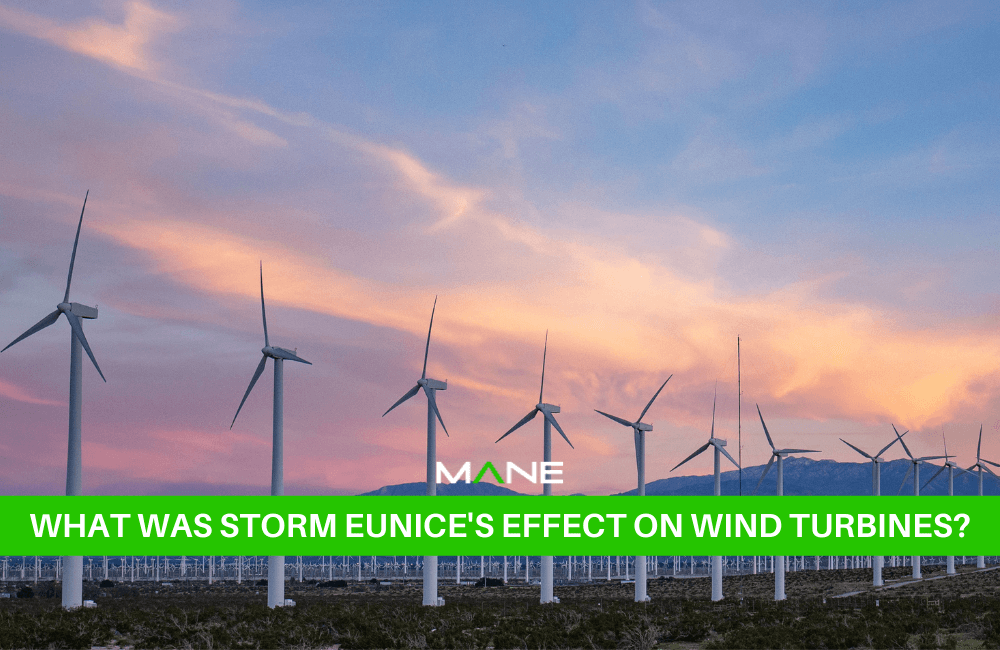 What was Storm Eunice's effect on wind turbines?

On Friday the 18th, wind turbines were generating close to half of the UK’s electricity demand. The blustery conditions provided by Storm Eunice caused nation-wide disruption. From toppling trees; to exposed roofs; to flying trampolines; to cars caught in the crosswinds. Those who walked the streets, walked at their own peril.

However, at 5:30am on Friday morning, wind turbines were supplying 48.5% of electricity to meet the needs of Great Britain. And as the day ran its course, wind electricity was contributing around 40% of the power to the national grid.

This if far higher than average. Compared to the month of January, wind provided only 27.5% of Britain’s energy. Although, it falls somewhat short of the record. Set in May of last year, gale-force winds caused turbines to meet almost two thirds of the nation’s electricity mix.

Moreover, wind generation – the amount of electricity produced at any one moment – reached almost 16GW on midday at Friday. This number sits just short of the current record achieved on January 30 this year when wind generation peaked at 19.5GW.

Uniper’s Grain power plant in Kent, produces enough power for roughly one million homes, but was forced to close after the brute force of the winds caused one of the chimney stacks to collapse.