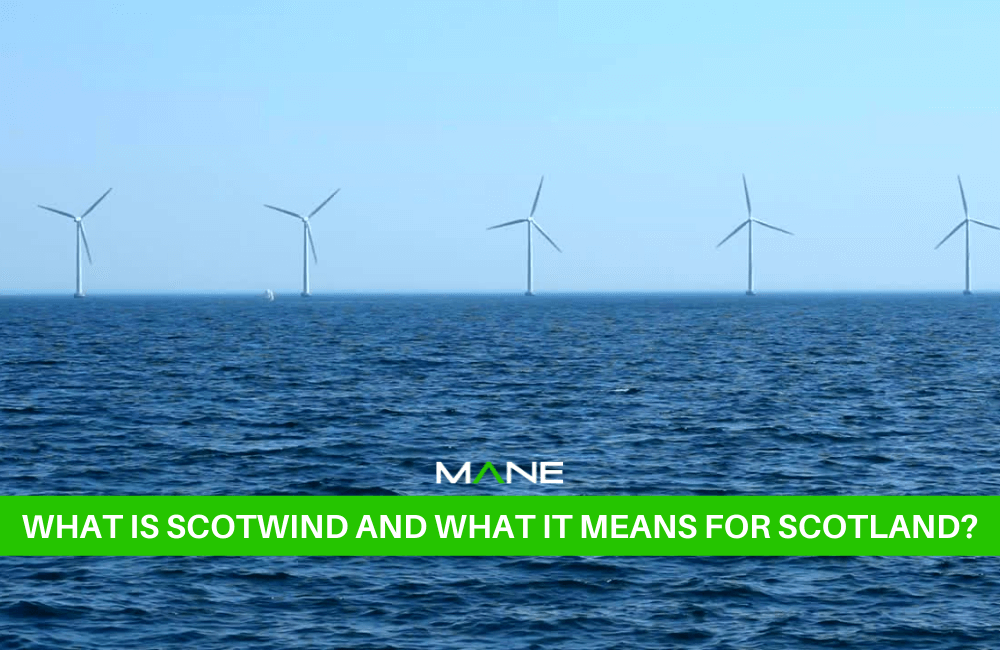 What is ScotWind and what it means for Scotland?

As the host of the global COP26 climate summit, Scotland is positioned to become a major and highly visible leader for the international shift to renewable resources. On the 17th of January Crown Estate Scotland held an auction called ScotWind with an emphasis on boosting the local economy and creating more renewable energy. ScotWind was a leasing auction which offered plots of seabed off the Scottish coast specifically for wind turbines. In the end this auction made £699.2 million in winning bids with many large renewable energy and oil firms being a part of the bidders. Scotland’s current largest wind farm, the Moray East powers around 650,000 homes and this new project is looking to far exceed this with plans saying that this project will power 7 million homes.

The selected proposals feature a mixture of floating and fixed-bottom technology, with ten floating and six fixed windfarms. The floating technology is able to produce more electricity than the fixed variety and obstruct coastal views therefore this technology is to prove whether it can work better than the more common fixed variety. Though we are still a long way off before even seeing a single turbine as each development need to go through complex consenting, financing, and planning processes before construction can take place. The CEO Simon Hodge said “The variety and scale of the projects that will progress onto the next stages shows both the remarkable progress of the offshore wind sector, and a clear sign that Scotland is set to be a major hub for the further development of this technology in the years to come.”

The new ScotWind project will give a major boost to the British government’s plan to install 40 GW of offshore wind capacity in UK waters by 2030. It will also help Scotland on its Journey to reach net-zero and even turn Scotland into one of the world’s top exporters of renewable energies, including green hydrogen. With all this comes many new job opportunities for the people of Scotland making this a very exciting time for them.