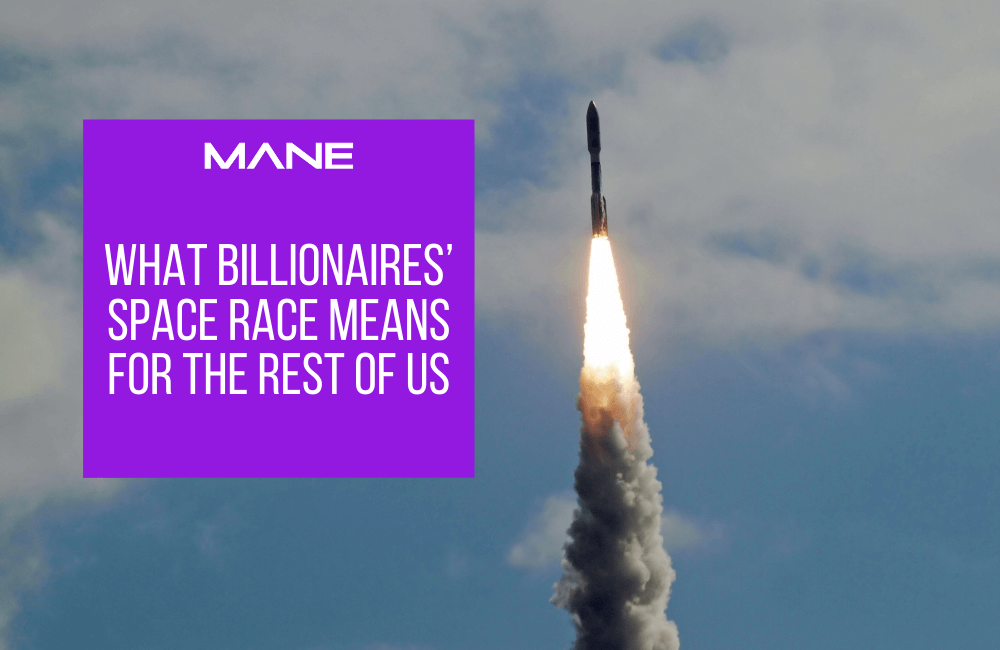 What billionaires’ space race means for the rest of us

We have all probably heard the news that Virgin Galactic flew Richard Branson to the edge of space on July 11th, and former Amazon CEO Jeff Bezos followed suit this week in a rocket designed by his company, Blue Origin.

Understandably, the moves drew criticism because they happened just as the rest of the world is emerging from the shadow of a pandemic and subsequent economic crash, but technologically speaking, these are some of the cheapest, safest, and easiest space flights ever flown. And what that really means is that we could be looking at civilian space tourism becoming a reality in our lifetimes.

Branson's flight was made in around 90 minutes and brought its six-person crew to 86 kilometres above Earth. Blue Origin was quick to point out that Virgin Galactic's flights stop short of the Karman Line 100km above Earth, which is recognized as the boundary of "space" in the international aerospace industry.

That said, Virgin's suborbital flights have allowed scientists unprecedented access to the extremes of Earth's atmosphere. Research on a private spaceflight has certain advantages, like not being beholden to politics and taxpayer funds as state agencies like NASA inevitably are.

Virgin Galactic flights in particular have let astronomers observe asteroids and other objects in the solar system that are difficult to see from the ISS, which is the sole human-operated lab in space. The limitation of the ISS is that everyone has to share it. These shorter, cheaper flights can adapt to the needs of individual research missions.

Of course, Virgin's waiting list of 650 includes plenty of wealthy civilians and celebrities and might become more geared towards tourism as the industry becomes more profitable, but science will still benefit from the technology it's developed, and more accessible space travel is great news for curious laypeople who want to be an astronaut for a day.

Experts point out that companies like Elon Musk's SpaceX are really more like contractors who work with existing space agencies. Nobody gets to space without a lot of collaboration. The process is just too new and too complex to undertake without building on existing research and consulting existing researchers.

Even though private space tourism will be financially out of reach for most for some time – SpaceX's future flights have bookings costing in the millions – more human experience in space can only push us forward and motivate efforts to improve accessibility.