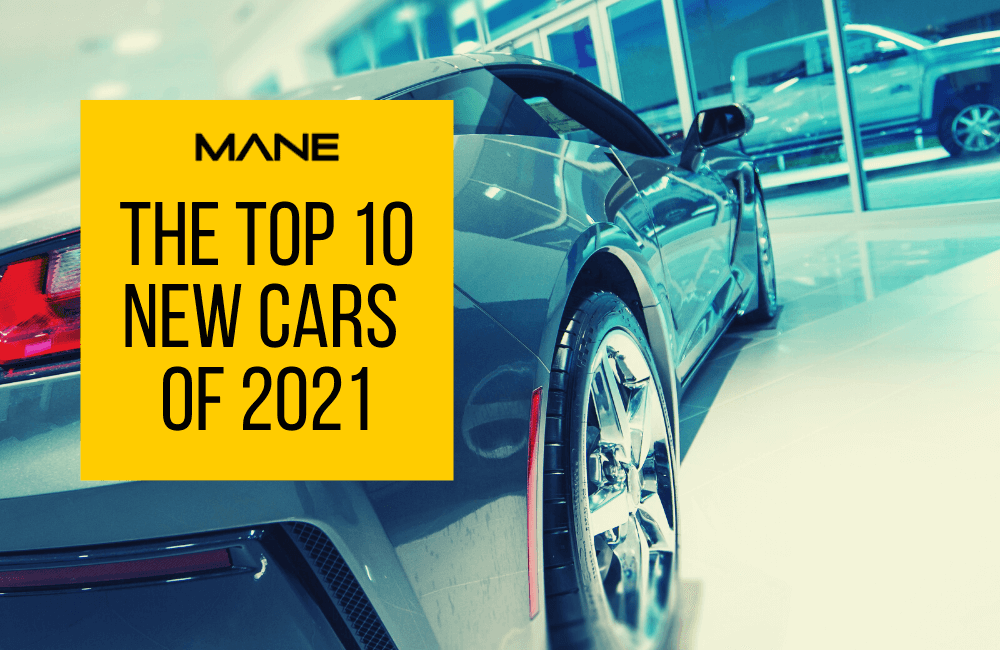 There’s something for everyone in 2021’s new car lineup. Electric cars dominate, from the luxury to the (relatively) affordable, but SUVs are also booming and there are still some hot new supercars.

These are our top ten new cars of the year, complete with prices and when you can expect them to go on sale.

Audi’s latest EV is the first to use Volkswagen’s MEB platform, and should be available as either a standard SUV or a Sportback coupé, with a choice of rear- and four-wheel drive. With a range of over 280 miles, its battery will be able to charge to 80% in just 30 minutes.

An all-electric four-door version of the BMW 4 Series Gran Coupé, the i4 is very different from BMW’s earlier electric offerings, with the new “fifth-generation” drivechain and an 80kWh battery that has 20% more capacity for its size, giving a range of 373 miles. It’s also extra green, with ⅔ less cobalt in its battery and fewer rare earth metals in its drive system.

The EQS can be thought of as a futuristic electric S-Class. Thanks to Mercedes’s EVA architecture, which puts the battery lower in the platform to maximise space, it not only looks dramatic but also packs a massive 100kWh battery with a 435-mile range, incredibly fast charging, widescreen infotainment and a state-of-the-art air-filtration system, making it one of the most advanced vehicles on the market.

Like Audi, Skoda is launching its first EV based on VW’s MEB architecture. The Enyaq is also the first bespoke Skoda EV, with a choice of a 177bhp or 201bhp rear-mounted motor and a range of battery sizes, the biggest of which (80kWh) offers a 316-mile range. Uncharacteristically quiet and refined for a Skoda, it will have space for all the family, a classy interior and a comfortable ride.

Although the Dacia Spring Electric will be one of the cheapest EVs in Europe, the launch of a right-hand-drive version for the UK has still not been confirmed. Only slightly bigger than the Volkswagen e-up!, the Spring Electric is much more practical thanks to its 300-litre boot. Its small 26.8kWh battery and 43bhp electric motor provide a range of 140 miles.

The Cupra Formentor crossover is already winning praise, but this version will be the top of the range, with a more powerful five-cylinder engine. The turbocharged engine, which also appears in the Audi RS Q3, produces 385bhp and 480Nm and goes from 0-62mph in 4.2 seconds. However, this SUV is only being imported in limited numbers and in left-hand drive.

Honda’s third-generation HR-V crossover only comes in hybrid – no petrol or diesel versions will be on sale. Using the company’s e:HEV hybrid system, probably an uprated version of the 1.5 litre size used in the Jazz, it will have a completely redesigned interior shared with the new Civic, with a floating infotainment unit and a simpler dashboard.

Hyundai’s first performance crossover and the priciest Kona, this sporty flagship SUV has a version of the i30 N hot hatch’s 2.0-litre, 278bhp turbo petrol engine and an eight-speed dual- clutch gearbox. Although there’s no manual alternative, there is an optional i30-style e-diff that helps it accelerate to 60mph in less than six seconds.

A groundbreaking departure for Ferrari, this fixed-roof coupé is not inspired by current F1 trends, but harks back to Ferrari GTs from the 1950s and 1960s. With a turbocharged V8 front engine, the Roma is being marketed as more of a comfortable, refined everyday Ferrari than a sports car, but should still be fun to drive with its beautifully balanced chassis, eight-speed DCT gearbox and nearly lag-free 612bhp engine.

This incredibly fast 671bhp plug-in hybrid, based on McLaren’s new carbon architecture, goes from 0-62mph in 3.0 seconds and has a top speed of over 200mph. That’s even more impressive when you realise it also boasts a plug-in hybrid drivetrain that does an average of 50mpg and emits 129g/km of CO2.