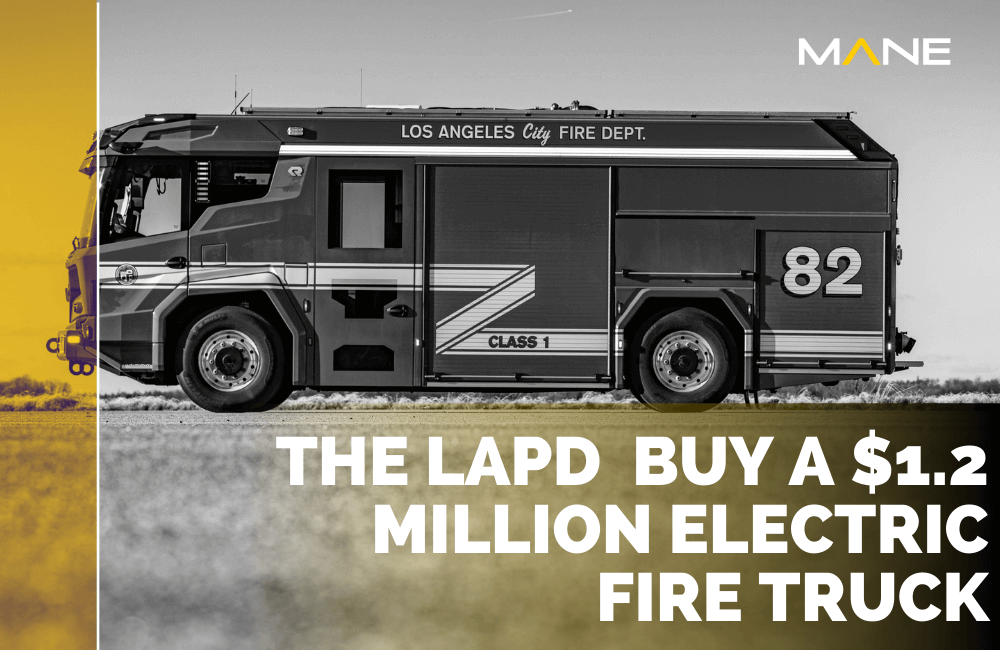 The Los Angeles City Fire Department (LAFD) has deployed the first fully electric fire truck in North America. This truck was made by the Austrian manufacturers Rosenbauer and have named the new fire truck the Rosenbauer RTX (revolutionary technology). The truck suits the name by being revolutionary compared to other fire trucks as it is not just a new fancy electric vehicles. This truck has two electric motors which produces 369kW at peak performance and 260 kW continuous, which equates to 490 hp and 350 hp. It doesn’t just go fast either, it can seat seven firefighters and is able to carry 1000 feet of hosing as well as store 500 to 750 gallons of water which can be shot out at 750 gallons per minute at a normal pressure or 1,500 per minute at a high pressure. The truck also has a range extender which is a 3.0 litre, 300 hp BMW diesel six-cylinder which is connected to a generator to pump up the batteries. The truck is also smaller than other American standard fire trucks making it easier to manoeuvre.

The LAFD will be the first fire department in the country to deploy a fully electric vehicle and the fourth in the world. They are very excited about the opportunities that this new vehicle will create like how it will reduce noise pollution and reduce emissions. Though this is a very exciting time for the people of Los Angeles, what is good to know is that this new vehicle cost $1.2 million.