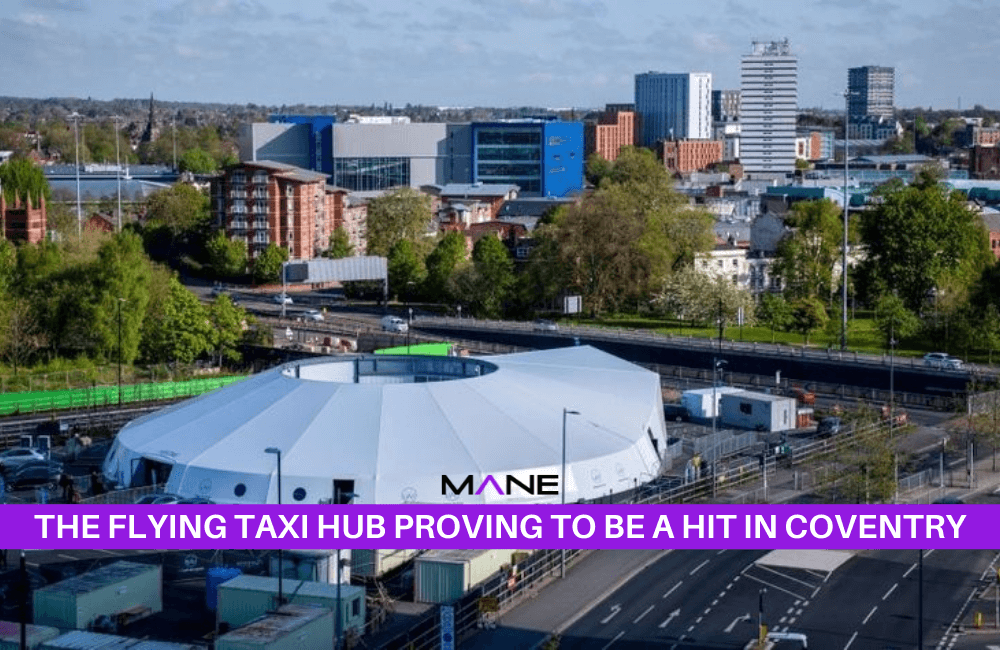 The flying taxi hub proving to be a hit in Coventry

Once known as the UK’s motor city - Coventry - this spring, has returned to the forefront of world-leading innovation in personal mobility. The city is hosting what has been dubbed as the first ever hub for flying taxis. The electric-powered craft utilises both vertical takeoff and landing, and is most certainly the next big thing in aviation.

The developer of the hub, Urban-Air Port – a London based startup leading the push in developing vertiports along with rival Skyports – stated that “we are here to show everyone what the future is going to look like, there is no point having new technology if people do not believe in it.”

Founder and Executive Chairman of the firm, Ricky Sandhu, claimed that he chose the city to demonstrate his tech because “Coventry is not London, and that is important.” “London is well served by public transport. Coventry and many other cities are not.”

Vertiports are not some exotic adventure, but a solution to decarbonizing inter-city travel. Therefore, the company has made hub construction affordable, starting at £5million.

The hub is built to a doughnut-shaped design, it features a helicopter-esque landing pad in the centre of the building, surrounded by an outer ring with check-in facilities, a pre-departure lounge, as well as a café.

Urban-Air Port plans to build 200 hubs over the course of the next 5 years, offering 5 different designs: the Air one passenger base (as on show in Coventry); a floating Marine One version; Resilience One – designed to be quickly assembled to provide disaster relief; City Box – for cargo carriage; and Docks Box, designed to a be attached to loading bays at warehouses.

Currently, the company claims to be engaged in 65 active programs world-wide with real-estate developers, city authorities, airports, business hubs, and tourism ventures. It possesses letters of intent and pre-orders for 13 vertiports. The business is worth about £60million.

Britain is a world leader in both developing the eVTOL hubs, as well as the craft. Virgin Atlantic Airways, has signed for 150 of Vertical’s VX4 craft, says the compact geography of the UK, and its large number of major towns and cities, combined with crowded roads, deem it an ideal testbed for this new technology.