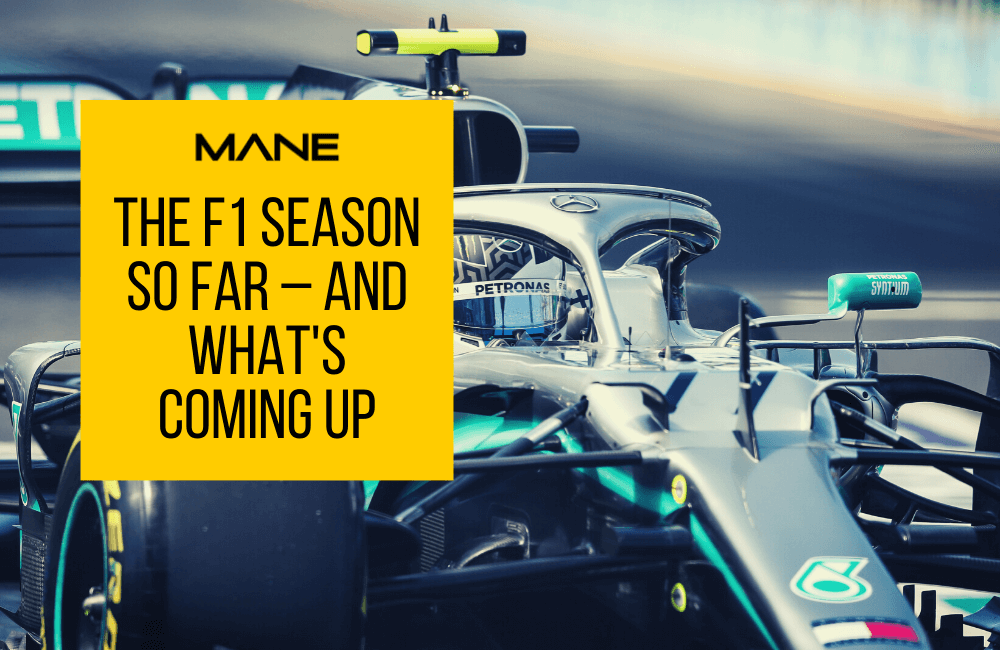 The F1 season so far – and what's coming up

We’re four races into 2021’s F1 season, and Mercedes and Lewis Hamilton are looking stronger than ever. Hamilton has won three out of the four races: the Bahrain, Portuguese, and Spanish Grand Prix.

But this is a season that holds plenty of potential for shakeups. Honda’s power unit is finally competitive enough to battle Mercedes: Verstappen has been on the podium for all four races so far, and scored a win in the Emilia Romagna Grand Prix at Imola.

And Aston Martin, despite a stellar 2020 season, has been hit hard by the new regulation changes for 2021, which have affected their high-rake car.

Speaking of shakeups, Formula 1 has made another update to the race calendar after travel restrictions forced the cancellation of the Turkish Grand Prix, scheduled for 11-13 June.

That weekend will now be free, with the French Grand Prix taking place a week earlier (18-20 June) and a second race in Austria, the Styrian Grand Prix, added from 25-27 June, keeping the calendar at 23 races.

And we can look forward to a brand new sprint qualifying format after F1, the FIA and all ten teams voted unanimously to introduce it for three races this year, in two European races (thought to be the British Grand Prix in July and the Italian Grand Prix in September) and one non-European race towards the end of the season.

Sprint qualifying will be a 100km race on the Saturday of the race weekend, designed to create a super-fast racing spectacle lasting about 25-30 minutes. It’ll be a flat-out race from start to finish, with no pit stops.

The winner of the sprint race will score three points, the runner-up two, and the third-placed driver one. The finishing order will determine the grid for Sunday’s Grand Prix race.