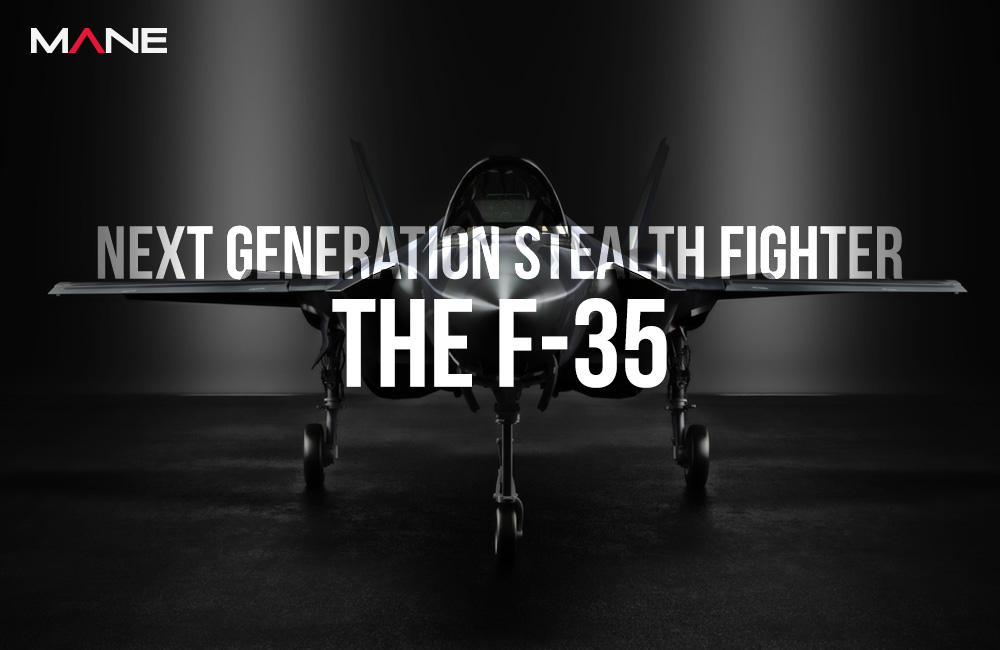 The F-35: Next Generation Stealth

WHAT IS IT?
A fifth-generation combat aircraft. The world’s most advanced multi-role fighter. Three main variants. 12 global participants including the United States, Canada and the United Kingdom. The Lockheed Martin F-35 Lightning II, or Joint Strike Fighter F-35, is a single-seat, single-engine stealth fighter developed from the X-35 concept and it’s a beast of a machine.

In 1997, Lockheed Martin was selected as one of two companies to participate in the Joint Strike Fighter concept work and in October 2001, the Lockheed Martin X-35 was awarded as the winner. Production of the F-35 began thereafter based on the X-35 concept. In 2006, the first production and test flights commenced and the first deliveries to participating nations began in 2011.

The F-35 is capable of entering areas without being detected by radar systems - something older fighters cannot evade. Additionally, the F35 provides an experience for pilot’s unseen in the past with a revolutionary Helmet Mounted Display System. The jet's airspeed, heading, altitude, targeting information and warnings are all projected on the helmet’s visor providing pilots with increased situational awareness.

THE VARIANTS
The F-35 comes in three variants:

The differences lie primarily in their takeoff and landing approaches, otherwise, each variant maintains the F-35s fundamental avionics and technologies - performing similarly once in the air. The three variants allow military forces to take advantage of the aircraft's performance while also fitting in with the military service’s specifications.

The F-35A CTOL variant is designed for conventional runways for use on traditional air force bases. It is the most widely adopted version of the F-35 with the majority of partners operating under this variant.

The F-35B STOVL variant is designed to take off from shorter runways and smaller air force bases than its F-35A counterpart. It is also capable of taking off from some ships and its vertical landing specification allows it to land virtually anywhere. It is the world’s first supersonic STOVL stealth aircraft.The F-35B is the variant of choice for the United Kingdom for both the Royal Air Force and the Royal Navy and will begin operation sometime in 2018. Britain has said it will buy about 140 of the jets.

INDUSTRY EFFECTS
The F-35 is creating jobs in the UK on several fronts. Approximately 15% of every jet will be built in the UK. Several leading suppliers from Britain are providing the technology behind the F-35. The economic benefits of the F-35 are to be spread over a long-term period, with UK companies benefitting greatly from the requirements of the maintaining the machines. In March of this year, Lockheed and BAE announced that 100+ engineering jobs would be created to maintain the F-35 jets. Britain is the main country working on the F-35 in Europe providing the aircraft to other nations buying the F-35. Maintenance work is required to support upgrades and refitting over the next few decades while infrastructure upgrades will need to be developed to make them suitable for use with the aircraft.

Looking for a role? Get in touch with our aerospace and defence team that specialises in roles working around defence aircraft and vehicles.