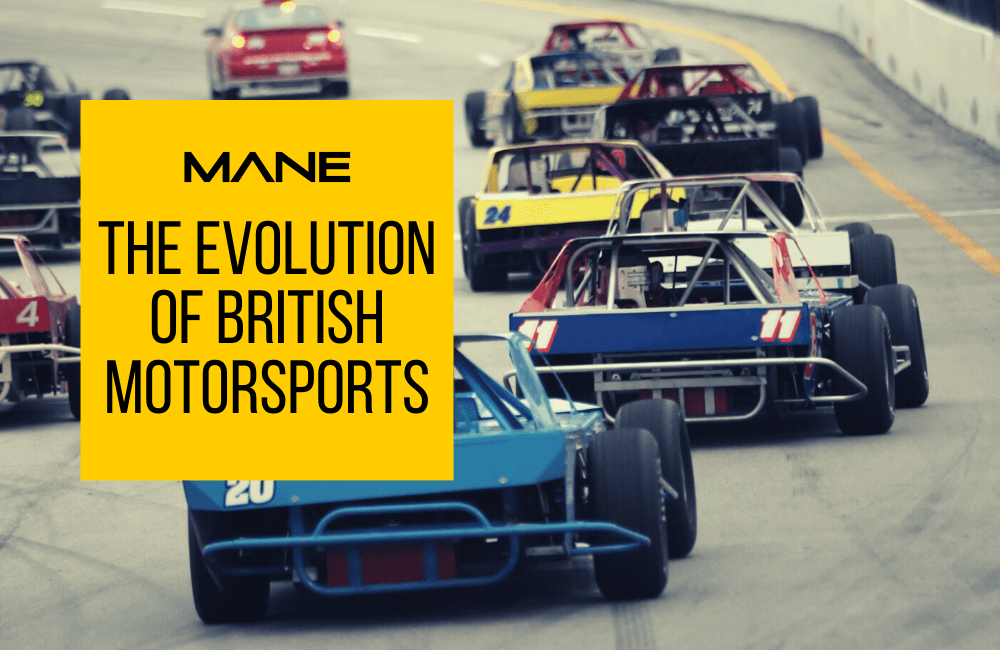 The evolution of British motorsports

The UK is a world leader in motorsports, with some of the world’s most iconic tracks, leading motorsports teams, and thousands of events every year in everything from F1 and rallying to drag racing and karting.

The UK has been involved in motorsports from the beginning and was instrumental in its development. Here’s a quick look at the story.

The birth of motorsports

Humans have loved racing – and betting on races – since the Roman chariot races, but the first motor race didn’t take place until 1895, in France. The UK quickly followed suit, holding the first London to Brighton motor race the very next year.

Momentum gathered as Dunlop started manufacturing racing tyres in 1902. In 1903 city-to-city races were outlawed on the Continent, but the UK was holding more and more events, like the Gordon Bennett Cup in Kildare in 1903, the Blackpool Speed Trials and the London to Edinburgh Motorcycle Trial in 1904 and the RAC Tourist Trophy on the Isle of Man.

The construction of a new motorsports circuit started in 1906, and the now infamous Brooklands Automobile Racing Club was formed in 1907. This track, with a capacity of 287,000, became world-famous as a feat of engineering.

From this beginning, numerous different motoring events were born, including participation by female drivers from the start.

The London to Brighton race was a celebration of being able to drive faster than walking. This soon became driving much faster than walking, with a Benz setting a new World Land Speed Record of 125.9mph in 1909 at Brooklands. Drivers from all nations, especially Britain and America, fought for the honour of holding this record for the next few decades, with British winners including Richard Noble, Sir Malcolm Campbell, Donald Campbell and Stirling Moss.

Today’s record holder is another Brit, Andrew Duncan Green – an RAF Wing Commander who was the first to break the sound barrier on land.

Introduced in 1932, rallying is the UK’s most popular motorsport. Any car can take part in road rallying, while stage rallying has stricter regulations. Rallying often covers challenging terrain like forests and requires a two-person team, a driver and a navigator. Famous British names in the sport have included Colin McCrae and Richard Burns.

The world’s most glamorous motorsport, started in 1950, has more British winners (19) than any other nationality. They include Damon Hill, Nigel Mansell, Graham Hill, Jackie Stewart, James Hunt, and most recently seven-time champion Lewis Hamilton. The British Grand Prix, which originated at Brooklands, is currently held at Silverstone.

F1, rallying and speed trials are the best-known motorsports in the UK, but there are so many more, including karting, motorcycle racing, autocross, circuit racing, cross country, hill club, sprint and drag racing.

Accessibility to women and disabled drivers across all motorsports adds to the appeal. This diversity is one of the reasons for motorsports’ tremendous