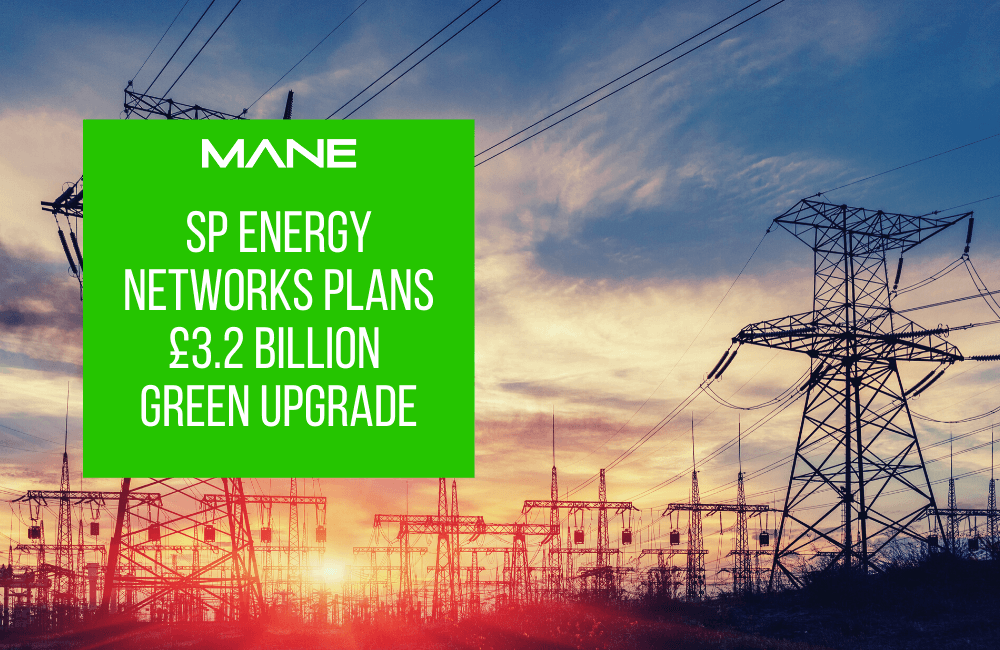 SP Energy Networks has unveiled a draft of its £3.2 billion business plan to boost capacity to meet surging demand for green power.

As the UK strives to reach net zero, 670,000 new electric vehicles and 370,000 new domestic heat pumps are expected to come online by 2030, along with an extra 5GW of low-carbon electricity generation. That means power networks will need to be upgraded to handle the extra load.

Much of that responsibility falls on SP Energy Networks, which is the electricity distribution network operator for Central and Southern Scotland, North Wales, Merseyside, Cheshire, and North Shropshire.

The plan includes the direct creation of over 1,100 green jobs, and will indirectly support thousands more. It will also create energy efficiencies that could save customers £173 million on their electricity bills.

CEO Frank Mitchell said that if Britain was to reach its net-zero targets, SP Energy Networks would have to deliver one of the biggest and fastest critical infrastructure networks ever seen in the UK.

He described the company’s role – supplying energy to six million people and 3.5 million homes and businesses – as “much more than keeping the lights on” and added that the investment showed its commitment to getting the job done in the run-up to COP26.

SP Energy Networks has consulted more than 15,000 customers and stakeholders over the Business Plan and will go through further consultations before submitting the final plan in December 2021.