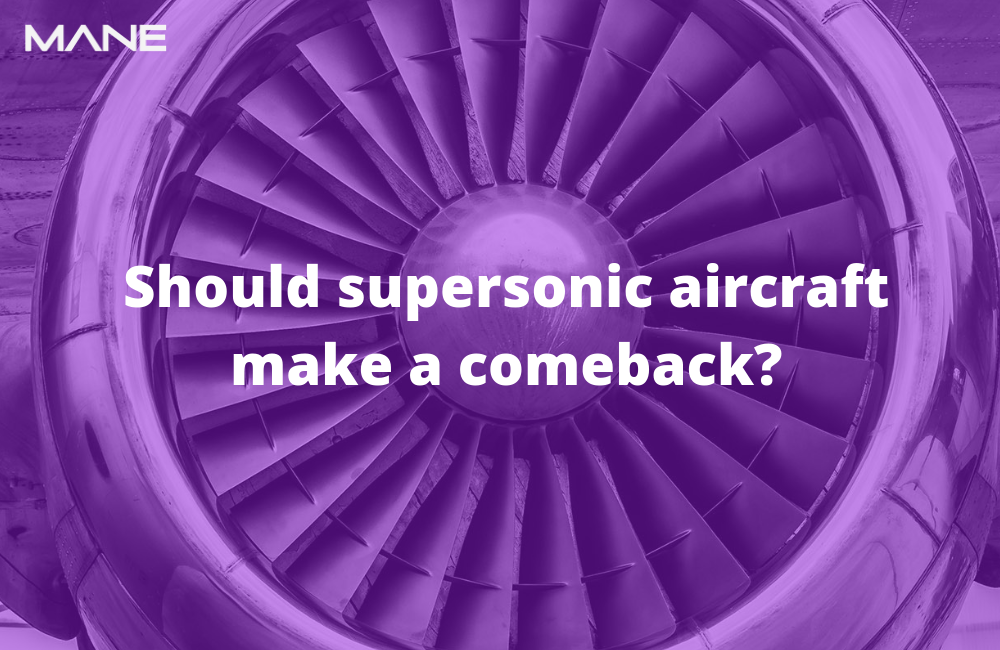 Should supersonic aircraft make a comeback?

Since the Concorde retired in 2003, supersonic flights have been absent in the aviation industry. The Concorde itself made its first commercial flight in 1973 and ran for nearly 30 years. It cut the time of travel in half, a flight from Paris to New York took around three hours and thirty minutes whereas now, it takes just under eight hours on a standard flight. The supersonic flights were not cheap, costing around £9,000 for a return flight meaning they could only be used by the wealthy. Flying from Paris to New York in just under four hours may sound futuristic, but it is now actually history. The argument today is whether supersonic aircraft will be successful if they are brought back.

Aviation companies are currently plotting the return of the supersonic flights, with the hope of it being more successful than the well-known Concorde. There are currently three start-ups and a major defence contractor working on the supersonic return. These companies working on Concorde’s successor believe that by improving designs and materials it will result in improved performance. However, the aircraft will still be extremely expensive to operate meaning these aircraft will be aimed at business travellers and wealthy clients who can afford the jump in price.

One startup, Boom Supersonic, thinks that customers will be able to buy tickets on its 55-seat, XB-1 aircraft for a price similar to today's business class fares. The company says it will be able to fly at Mach 2.2 (Mach 1 is the speed of sound), which would make it the fastest commercial aircraft in history.

With the advancements in technology since the Concorde was designed it means that engineering tools that weren’t available back then can be used now, in the hope of creating a more fuel-efficient aircraft. In addition to this making it quieter when flying, it and by reducing the ‘sonic boom’ they hope to provide a better experience for customers.

With the first aircraft made by Boom Supersonic anticipated to be in service by 2023, there is still a few more years to figure out whether the return of supersonic flights will shine or merely turn into a failure, much like the retired Concorde.