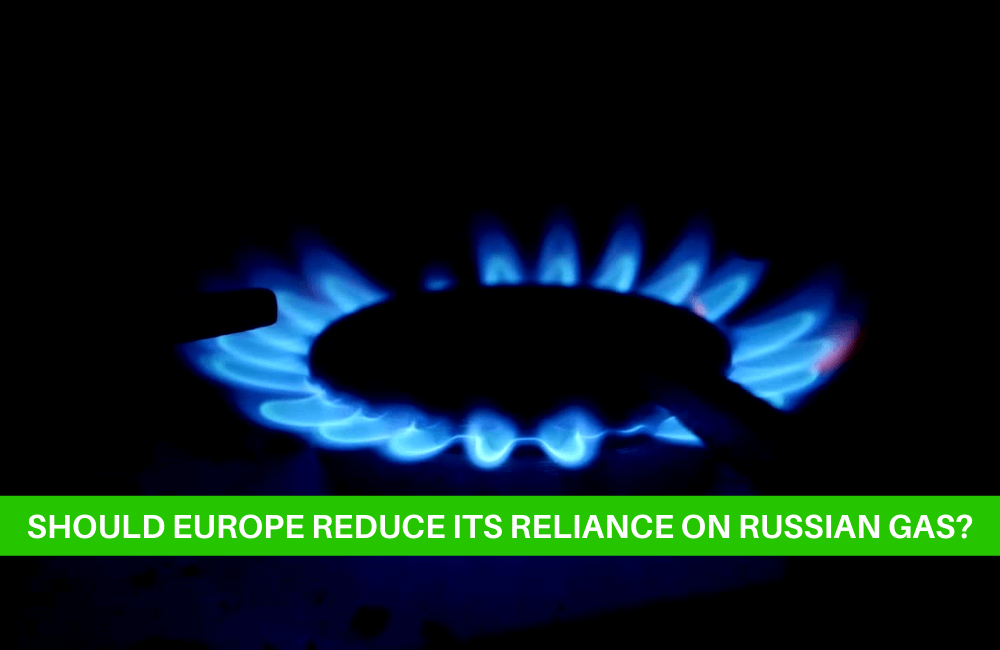 Should Europe reduce its reliance on Russian gas?

Russia currently has the world’s largest gas reserves – with most of them located in Arctic gas fields controlled by Gazprom. Since 2005, the Russian government has owned a majority stake in Gazprom, meaning Putin has had a powerful geopolitical tool in his arsenal for the past 17 years.

In the year following - with Ukraine demanding $2-3bn yearly for Gazprom to supply gas to Europe via its pipelines – the state-controlled company decided to begin work on its Nord Stream pipeline, a route through the Baltic Sea in which gas was to be supplied straight from Russia to Germany, bypassing Ukraine. In Germany, the project quickly became resented for its corruption. Along with its inference of creeping Russian influence in Europe, Nord Stream was swiftly denounced.

To counter, later that year Gazprom signed a deal with FC Schalke 04, lifting the German football club out of debt totalling 110 million euros. But it was more than a mere marketing ploy to win the hearts of German football fans, as Chairman of a Gazprom subsidiary, Sergey Fursenko, exclaimed that “Schalke has a lot of connections with the German energy sector, this is why we decided to sponsor.” Schalke, located in Gelsenkirchen, a town in the Ruhr Valley, is where much of the country’s energy industry is based. Moreover, it is also close to the town of Rehden – a hub for pipelines to the rest of Europe and home to its largest natural gas storage facility.

Schalke, has since proved much the key to the subsequent success of Gazprom in Europe, for the EU now relies on Russia for around 40% of its gas supply. With Europe now experiencing the worst energy crisis since the Arab oil embargoes of the 70s, if Russia are to invade Ukraine, the cost-of-living could skyrocket even further.

This week, analysts at Citi warned that if Russia were to sever its gas flows to Europe, the continent could face widespread disruption, along with the rationing of electricity. Evident is Europe’s huge strategic weakness within this sector.

However, even in the midst of the current crises, Gazprom has made it clear that it does not see Europe in its plans for the future. It rather views China’s energy-demanding economy as the next best opportunity for business following Europe’s aim to reduce fossil fuel consumption in its transition to green alternatives.

Gazprom has plans to connect the western Siberian fields currently supplying Europe, to China, via a pipeline through Mongolia. If this plan were to materialise, Europe could find itself in a bidding war with China for the gas they need to warm homes through cold winters.

Such interdependency, along with the current situation in Ukraine, should inspire action from Europe to wean the continent off the continued consumption of Russian gas. That it has failed to do so already, could prove a costly mistake by European policymakers, leaving the continent vulnerable and exposed to this gaping geopolitical weakness. With such crises, it is now time to accelerate the move towards renewables, promptly investing in green technology.

But as we wait for the improved efficacy of wind and hydrogen, emphasis must be placed on securing alternative gas supplies through seaborne LNG contracts – a short term solution to reducing the reliance on Russia in the near future.