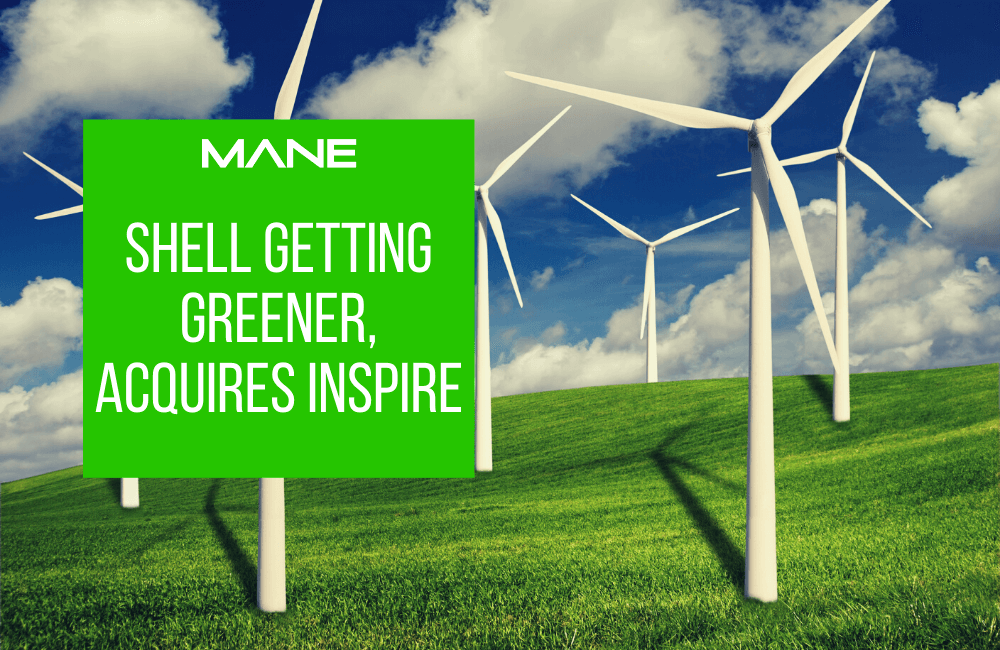 Shell New Energies US LLC has acquired Inspire, a carbon offsetting company that buys and retires renewable energy credits (RECs) on behalf of its customers.

Inspire announced on its website that it has signed a deal to become a wholly-owned subsidiary of Shell and plans to scale its offering rapidly with the help of Shell’s resources and reach, providing US households with access to sustainable energy.

Renewable Energy Certificates are a way of tracking green energy such as wind and solar power. Since you can’t tell how green electricity is by looking at it, some kind of certification is needed to show that it was generated from renewable sources.

As battery storage is difficult and expensive, most renewable-generated power that is unused by the creator gets fed back into the power grid; the provider receives an REC that certifies they own one megawatt-hour (MWh) of green electricity from a renewable energy source. Inspire buys up these RECs and sells them to people who want to offset their carbon emissions.

Elisabeth Brinton, Shell’s Executive Vice President of Renewables & Energy Solutions, said the deal moved Shell a step closer to becoming a major renewable and low-carbon energy provider and would instantly expand its business-to-consumer power offerings in key areas of the US. Inspire is currently licensed to do business in several deregulated states and in DC.

Inspire will keep its existing brand, leadership team and employees and will operate under the aegis of Shell’s Renewables & Energy Solutions integrated power business.

The deal still has to go through final regulatory approval, and closing conditions have to be satisfied, but the final formalities are expected to be completed by the final quarter of this year.