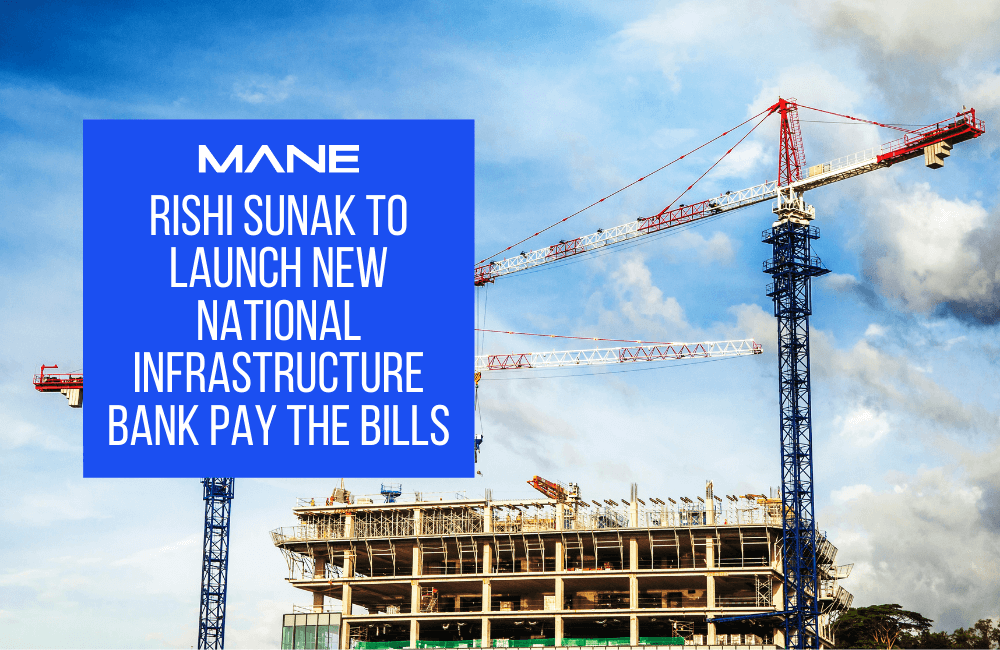 As part of the new Budget, Chancellor Rishi Sunak has announced the launch of a National Infrastructure Bank. The new bank, based in Leeds, will boost investment in infrastructure and help the UK achieve net-zero carbon – a goal Sunak called a “green industrial revolution”.

Starting with £12 billion in capitalisation, the bank hopes to attract up to a further £40bn worth of private investment for green projects. Sunak also announced plans to launch a green sovereign bond and a retail investment project that will enable individuals to make personal investments in green schemes.

The bank is intended to complement the government’s existing policy levers and existing infrastructure bodies like the National Infrastructure Commission, and to lead the market in developing new technologies.

It will also support the government in lending to local councils for large complex projects and will bring together public and private sector stakeholders.

In addition to its £12 billion equity and debt capital, the bank will be able to issue £10 billion worth of guarantees, bringing its total financial capacity to £22 billion. It will draw funding from the Treasury as well as borrowing from private markets, and will be able to grow more through recycling and retaining return on its investments.

To begin with, the new bank will start offering local authorities loans to support high-value strategic projects worth at least £5 million. Sunak said the bank, and especially its location in Leeds, showed that the government was committed to levelling up the UK.

The bank’s main aim is to finance investment projects that bring both social and financial benefits. It will gather private investors to invest jointly in new projects.

Acting as a partial post-Brexit replacement for the European Investment Bank, it will provide less than half the amount of annual funding the European bank provided, but will be able to offer more targeted support aligned with British government objectives.

Industry leaders welcomed the move and underlined that the bank will need to move swiftly in order to succeed in its goal of levelling up the nation.