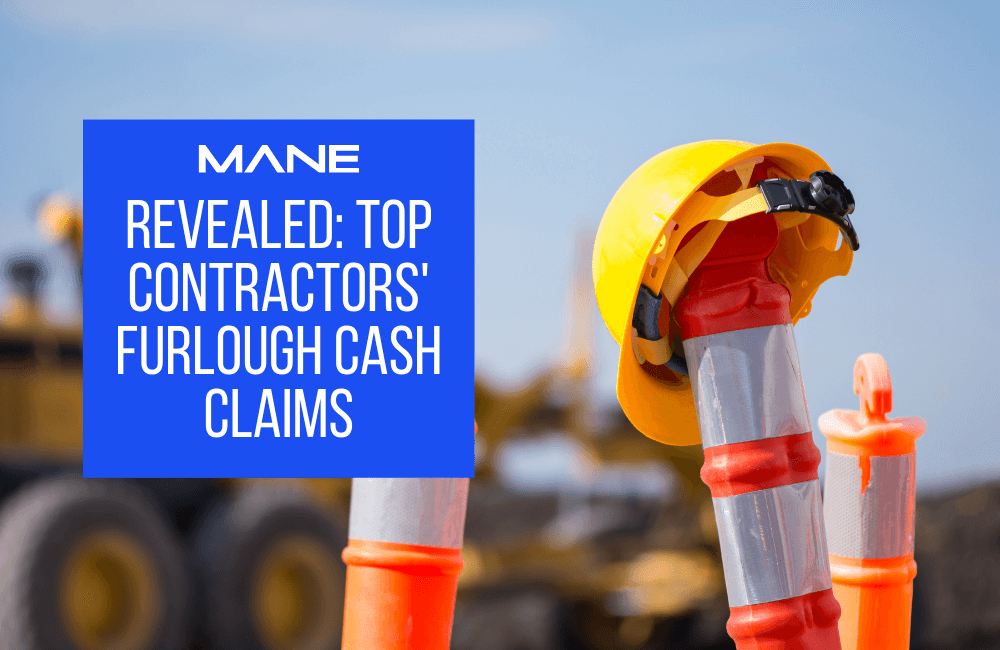 The top 50 construction contractors in the UK claimed up to £1.1 million in furlough payouts in December, according to HMRC.

Their figures show that 22 firms in the top 50 (ranked in the CN100 by turnover) claimed between £450,000 and £1.1m between them in December from the government furlough scheme, which helps companies support workers who are unable to do their jobs during the pandemic.

Initially extended to April, the furlough scheme was once again extended to September in chancellor Rishi Sunak’s recent budget.

Companies claiming furlough payments were protected by confidentiality legislation until the scheme’s original end date in October 2020, when a Treasury directive called for their names to be disclosed. HMRC has so far only released the names of claimants for December, and has only stated the amounts of their claims in ranges, rather than giving specific figures.

Several major names, including Laing O’Rourke, Morgan Sindall, Kier and Balfour Beatty, were missing from the list, which shows every limited company that claimed a furlough payment in December. However, the claims are made via companies’ PAYE references, which might not always be the same as the names they trade under.

The construction industry has claimed over £4.16bn under the scheme since the start of the pandemic. In total, 745,551 companies claimed during December. The claims were made before the government announced the third lockdown and predate a significant increase in furloughs. Just 195,000 construction workers were on furlough at the end of December, but this rose to 244,100 by the end of January..

Some construction firms have come under fire for claiming furlough payments while simultaneously paying dividends to their shareholders. Morgan Sindall promised to repay £9.1m worth of furlough payments in August, and in September, Kier admitted that it hadn’t had any workers on furlough since 31 July.

Then Balfour Beatty became the focus of controversy in December when it decided to hold on to all of its £15 million furlough cash while reinstating dividends and launching a £50 million share buyback programme.

Most recently, Australian-owned firm Lendlease, which does not appear in the HMRC figures, was slammed by Bill Esterson, the shadow minister for international trade, for paying dividends for the second half of 2020 despite having claimed furlough cash.

Meg Hillier, chair of the public accounts committee, voiced strong objections to this kind of behaviour in the Sunday Times, saying the taxpayer was “not an ATM” for companies that were doing well during COVID.