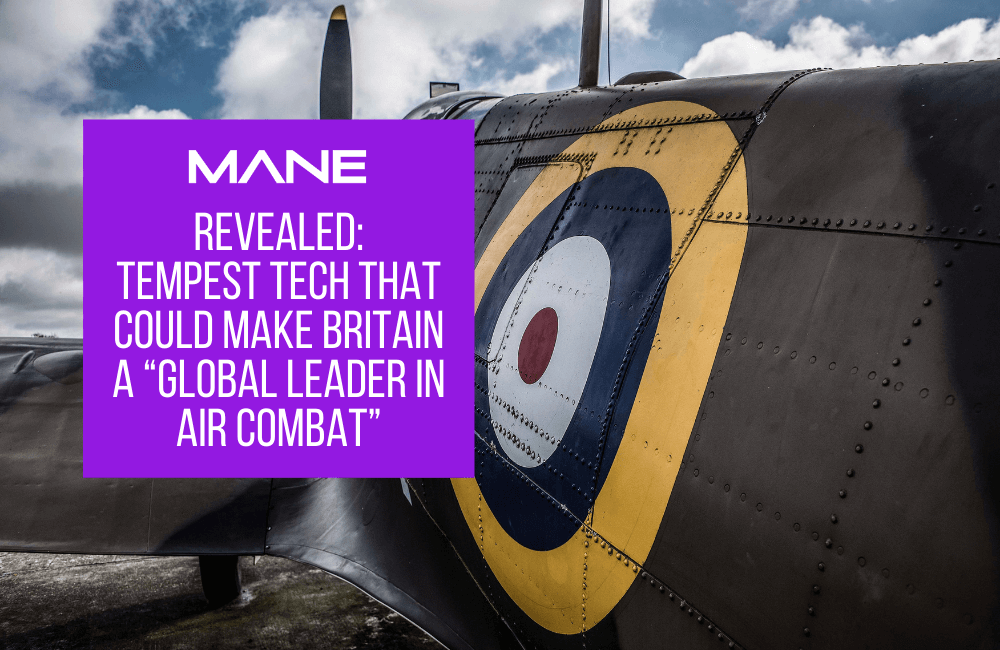 Revealed: Tempest tech that could make Britain a “global leader in air combat”

Team Tempest, the partnership building Britain’s next-gen fighter plane, has revealed some of the futuristic technology behind it.

Since its 2018 launch, Team Tempest has been working with the MOD on the Future Combat Air System (FCAS), a nearly £2-billion project to replace current RAF fighters with the pioneering Tempest, whose innovative tech should enable it to dominate the skies in combat.

Within two years of its launch, the partnership scored a world first by building a generator that delivered unprecedented amounts of electrical power.

Team Tempest has provided jobs for over 1,800 highly skilled programmers and engineers already and plans to increase that figure to 2,500 by 2021 while developing more than 60 prototype technologies and demonstration activities.

Now the team has revealed some of those technologies, including Leonardo’s new radar system with the data-processing power of an entire city – 10,000 times more than normal radar. Other highlights include hypersonic weapons, laser weapons, the ability to control swarms of drones, and a “Terminator vision” cockpit with augmented-reality data projected in front of the pilot.

The Tempest – a twin-engine, delta-wing jet that will be one of the first sixth-generation fighters – will boast reconfigurable AI and cyber-hardened communications, turning it into an airborne command and control center, with the pilot acting as less of a dogfighter and more of a supervisor.

According to BAE Systems CTO Nigel Whitehead, the project will secure Britain's place as a world leader in air combat, and he believes it could support as many as 20,000 jobs a year every year from 2026 to 2050.

A recent financial report also predicted the Tempest would deliver a massive boost to the economy. And thanks to new processes, the design and build will be significantly faster and cheaper than past complex combat air programmes.

What’s more, the Tempest’s brand-new engine concept boasts a much higher power density –or in layman’s terms, the fighter can fly further and faster than its predecessors, all while generating less CO2.

The Tempest will first take to the sky in the mid-2030s, initially fighting alongside older fighters like the Typhoons and the F-35 Lightning II until they retire in the 2040s.