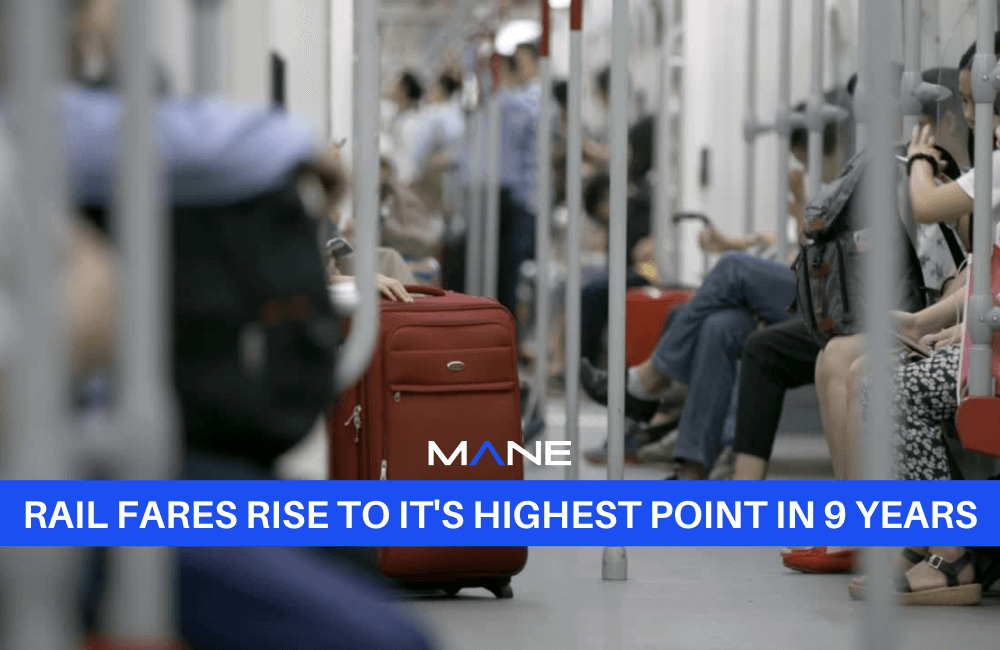 Rail fares rise to it's highest point in 9 years

Rail fares in England and Wales will be rising by 3.8% this March which has caused an uproar in parliament as this will be the largest increase since January 2013. The Labour party condemned this change by saying that this will ‘make it harder for city centres to bounce back’ from the pandemic’. This is understandable as many business had to shut down leaving parts of cities barren when looking at shop fronts. Though the Conservatives defended this change by stating that this rise is still below the inflation rate which is 7.8%. But Labour still opposes this choice by understanding that this decision comes at a time when the UK’s cost of living is rising at the fastest pace for 30 years which is already hurting people who can’t afford the extra costs at the moment. This change was planned for early January as it normally is every year but instead were delayed as to relieve pressure from the pandemic. The Department of Transport made the statement that "We have protected passengers by delaying these fare rises by two months and, even then, opting for a figure well below current inflation rates, "However, we must now look to recoup some of the £14bn which was spent to keep vital services running throughout the pandemic in a way that is fair for all taxpayers." It is still important to realise that this change will not encourage people to travel to the city and will then cause more economic problems for these city centres wanting to recover from the pandemic.

The demand for rail travel is still a third below what is was pre-pandemic which may be because of a multitude of reasons including the allowance for many employees to work from home where even some companies have moved to completely allow employees to work from home. Though there are still many people who still have to come in to complete their jobs like blue collar workers. Rail Future outlined this concern by explain that the “ordinary working people are feeling the squeeze like never before, yet the government is stoking the fire of the cost of living crisis.” Labour’s shadow transport secretary Louise Haigh back this up by clarifying that “this brutal Tory fare hike will be a nightmare for millions of passengers, when families are already facing tax rises.” The overall rise will affect many annual season ticket holders differently depending on their location. If you’re traveling from Brighton to London the cost could be from £194 to £5,302 and if you are traveling from Neath to Cardiff this could cost you from £70 to £1,922. Many of these costs will be difficult on travellers but hopefully as cities start to recover from the pandemic, people will be feeling this change less and less every month.