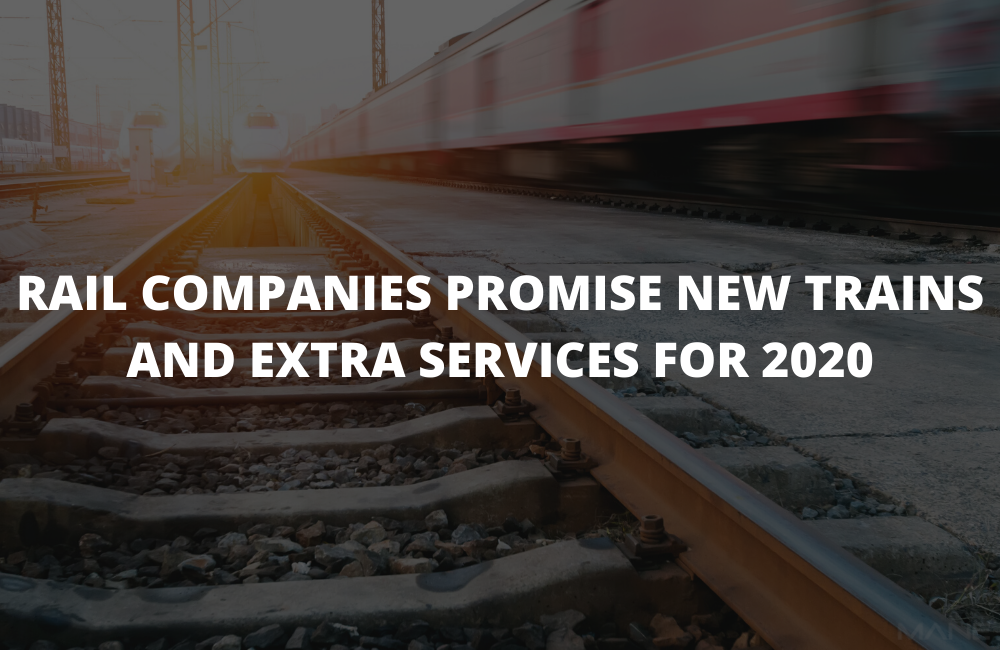 Britain’s rail companies have published a 2020 investment report promising over 1,000 extra services a week and 1,000 new carriages. The total cost of railway services and upgrades in 2020 is predicted to be a cool £20 billion.

Some of the improvements we can expect next year are:

This investment report builds on the rail industry’s long-term plan to upgrade passenger and freight services, which was published two years ago. Since then we’ve seen major progress, including the introduction of over 2,500 new carriages and over 4,000 new weekly services.

Rail operators have also made additional commitments to add over 11,300 extra trains a week to timetables by the mid-2020s, an increase of nearly 10%. Over the same period they also plan to add 8,000 new train carriages with more seats and better wi-fi - an increase of 1,000 on previous plans. To put it in perspective, that’s like replacing over half Britain’s trains with new ones. Hundreds of old carriages have also been refurbished.

98p in every pound spent on tickets goes back into running and improving the railway. Thankfully, passenger numbers have doubled in the last two decades, so fares are now almost enough to cover these costs, a dramatic change from a £2bn operating deficit in the late 1990s.

The railway underpins Britain’s economic success, with 1.4 million people travelling into cities by rail every weekday, and £30bn worth of goods delivered by freight trains every year. With Brexit now a certainty after Boris Johnson’s landslide election victory, improving the rail network will be vital to help our economy thrive outside the EU.

With 4.8 million rail journeys made every day and three trains leaving a station every second, the network is already congested and adding to those numbers will be challenging. Rail companies are collaborating to make sure the new services are introduced smoothly and the whole country feels the benefits of this huge investment.

News of the investment plan comes as the independently-led Williams review into the railway gets ready to give its final report and recommendations. The rail industry offered a submission to this review with radical proposals to reorganise the railway, make the fares system easier and increase accountability.