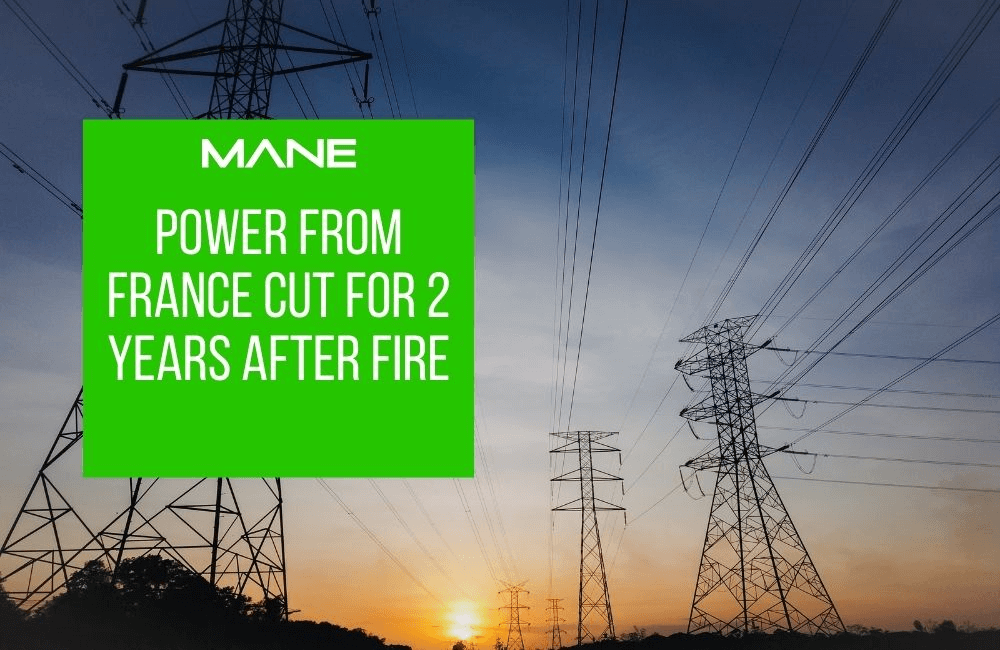 Power from France cut for 2 years after fire.

The fire-damaged IFA interconnector, which carries power between France and the UK, will not be fully repaired until 2023, says the National Grid.

After fire broke out at a key substation in Kent, one of the most important power cables had to be shut down, stopping the flow of 1000MW of electricity from France to the UK – while another 1,000 MW was already offline due to a planned outage. Analysts warned that the loss to the UK grid could push energy prices up.

After initially saying the planned outage of the other 1,000 MW would have to be extended, the National Grid managed to restore it three days ahead of its original published plan. However, the rest looks set to take much longer.

“Following a detailed assessment on the 1,000MW of capacity that is offline due to damage caused by a fire at our site in Sellindge in September, we need to carry out extensive work to safely return it to service,” said a National Grid spokesperson.

“We will bring 500MW back to service from October 2022 through to May 2023. We are completely focused on getting IFA safely returned to service as soon as possible and ensuring we are able to support the security of supply.”

This will add up to 1,500MW of available capacity by next winter, followed by further work to get the full 2,000MW capacity back by October 2023.