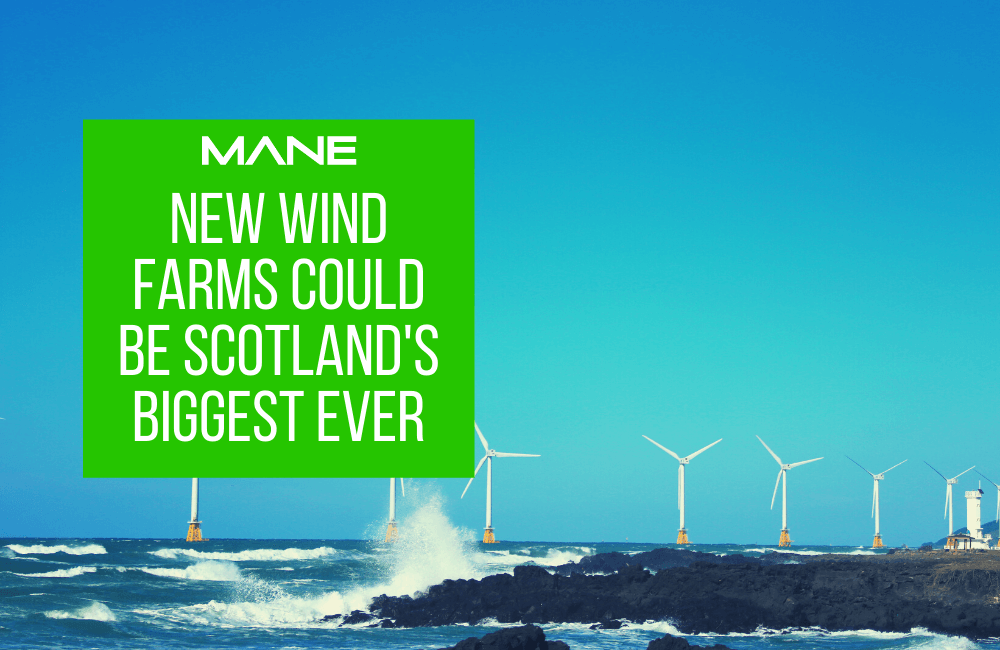 New wind farms could be Scotland's biggest ever

Headquartered in Perth, SSE has been part of the sector from the earliest demonstration projects. It already has Scotland’s biggest offshore wind portfolio, part of a 4GW portfolio of offshore and onshore wind and hydropower projects throughout the UK and Ireland.

The company faced a setback recently when it failed to win any contracts in the Crown Estate’s recent ScotWind leasing round 4, despite teaming up with Japan’s Marubeni Offshore Wind Development Corporation and Denmark’s Copenhagen Infrastructure Partners. However, it’s still seeking consent for the two huge new projects in the North Sea.

Berwick Bank and Marr Bank, in the outer Firth of Forth, could potentially deliver 4.1GW between the two and eclipse Seagreen as Scotland’s largest wind farms. The projects would be sited next to each other about 40km off the East Lothian coast. Seagreen, which has already received consent and is under construction, is further north, 27km off the coast of Angus.

If the Berwick Bank and Marr Bank projects have consented, they will cost billions of pounds to construct but will bring significant benefits to the Scottish economy. SSE plans to use as many Scottish and British suppliers as possible.