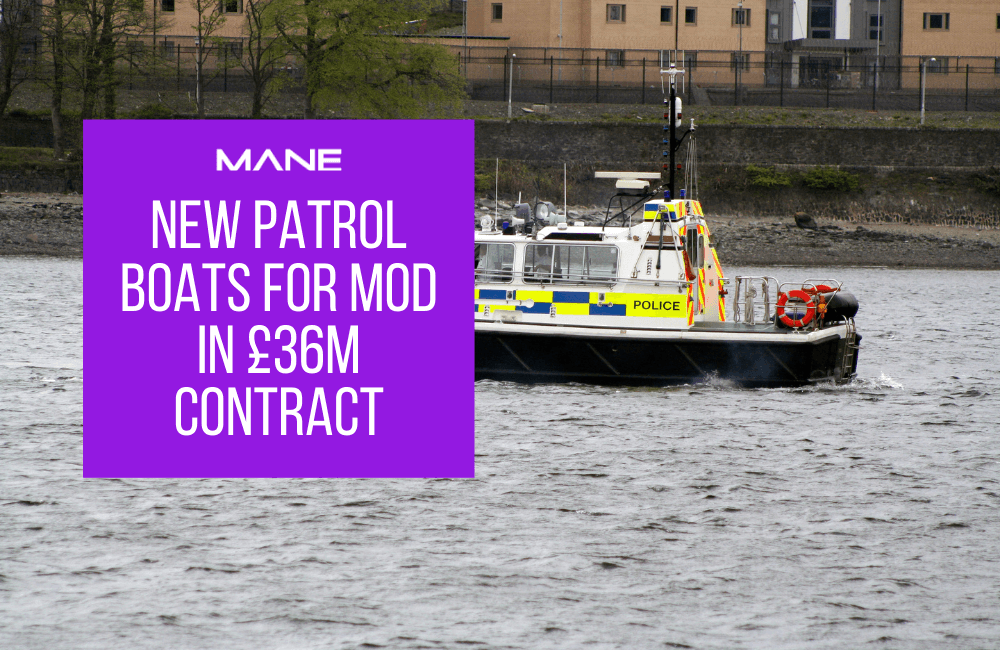 The Ministry of Defence (MOD) Police will be getting cutting-edge patrol craft in a new £36m defence contract.

Liverpool company Marine Specialised Technology has been awarded a five-year contract to build 18 new craft to help secure waters around the UK and British territories. The construction of the boats will support and create jobs in the North of England.

Two vessels will go to the Gibraltar Defence Police (GDP) and 16 to the MOD Police, who protect military assets and recently played a key role in the G7 summit in Cornwall.

The 15m vessels will carry up to three crew and four passengers at a top speed of 30 knots and are equipped for threat detection and deterrence, with on-board CCTV, bulletproof hulls and built-in water jets.

The new boats will enable police to work in all weathers, escorting military vessels and securing cordoned areas. They will be used for round-the-clock patrolling and policing at key naval bases, including Portsmouth, HMNB Clyde, HMNB Devonport and Gibraltar Naval Dockyard.

Construction is already underway on the vessels, with the first one expected to be ready in July 2022. This is part of what Inspector Brian McArdle, MOD Police Marine Operations Support lead, called “an ongoing craft replacement project".

Defence minister Baroness Goldie said the investment would allow the MOD and Gibraltar police forces to enhance their vital security services to UK and overseas military bases. She added that the contract with Marine Specialised Technology reaffirmed the government’s commitment to invest in British industry knowledge and support skilled jobs in the UK.