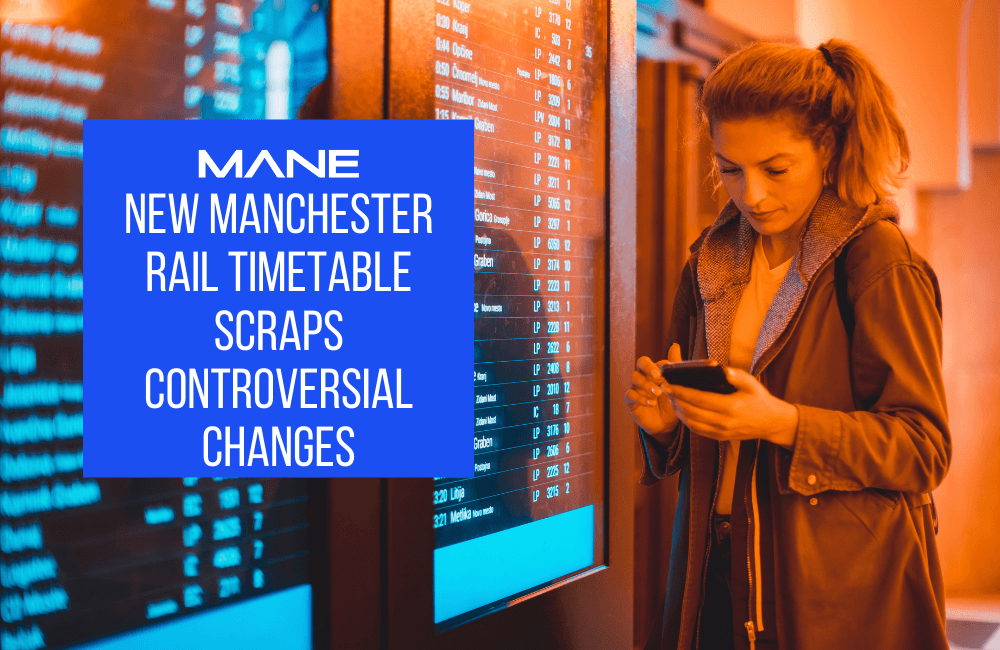 The Department of Transport has confirmed a new timetable for train services in the north-west of England.

A public consultation on the timetable, launched at the start of 2021, offered a controversial option that would have ended direct rail services between Manchester Airport and Liverpool, Chester and North Wales.

These services have been saved and will keep running under the new timetable, which will start in December 2022. New features include two all-day services, one between Southport, Wigan and Manchester Oxford Road, and the other between Southport, Manchester Victoria and Stalybridge. Both will run once an hour.

The schedules, which aim to cut delays by up to 25%, were produced by Manchester Recovery Task Force, a cross-industry body made up of Network Rail, Northern and TransPennine Express, the Department for Transport, Transport for the North, and Transport for Greater Manchester.

Rail North Committee chair Liam Robinson said, “The interim service solution in this Consultation is, inevitably, a compromise, but it allows us the chance to run more reliable services until the Task Force can deliver on infrastructure solutions to enable the network to run as it needs to.”