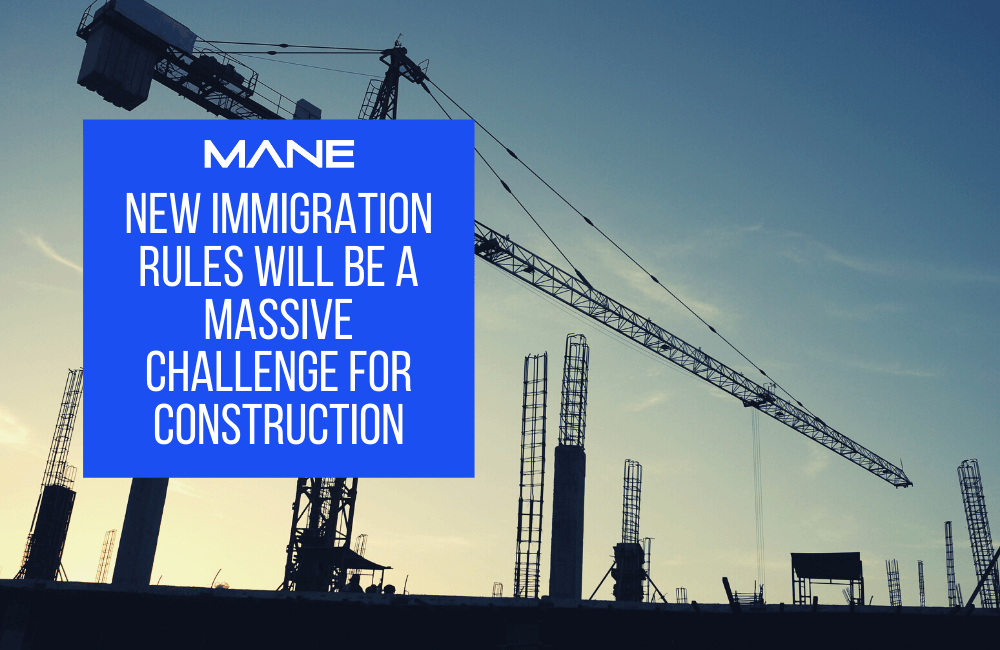 New immigration rules will be a massive challenge for construction

The new post-Brexit immigration system will be “extremely challenging” for the construction industry, warns Build UK.

The trade body is making “strong representations” to the government about the struggles faced by contractors under the Home Office’s new points-based immigration rules, which came into effect on 1 January and affect the employment status of migrant workers.

As well as making it harder for UK companies to hire lower-skilled workers from abroad, the rules also mean employers have to have special licenses for qualified migrant workers.

The measures will make it more difficult for businesses to hire lower-skilled foreign workers and require businesses to have special licenses for qualified migrants, as well as meeting high wage thresholds (at least £25,600 for most roles).

Build UK claims that the government guidance is confusing and hard to follow, leaving employers unsure of their responsibilities to carry out right-to-work checks and that a government website offering information for employers used an out-of-date list that created confusion over which construction roles counted as skilled.

The trade association says it’s talking to the Home Office about the complexity of the new rules and the likelihood that they’ll create a labour shortage in the construction industry just when the government is asking it to deliver the ‘Build Build Build’ strategy.

Build UK advises employers looking to recruit migrant workers from 1 January to make getting a sponsor license their first priority and to encourage their current EU workers to apply for settled status.

London’s mayor, Sadiq Khan, has said the legislation will hit house-building particularly hard in the capital because of the high concentration of migrant workers. Data released last month revealed that London’s population of EU-born construction workers has halved in the last two years.

And Sophie Wingfield, head of policy at the Recruitment and Employment Confederation, warns that projects like HS2, the new flagship high-speed railway, could no longer be viable under the new rules.

Despite the impact of COVID, the government has so far refused to soften the rules – which has led to an extraordinary statement from senior immigration lawyer Gillian McKearney, publicly advising contractors to use loopholes to their advantage where possible.