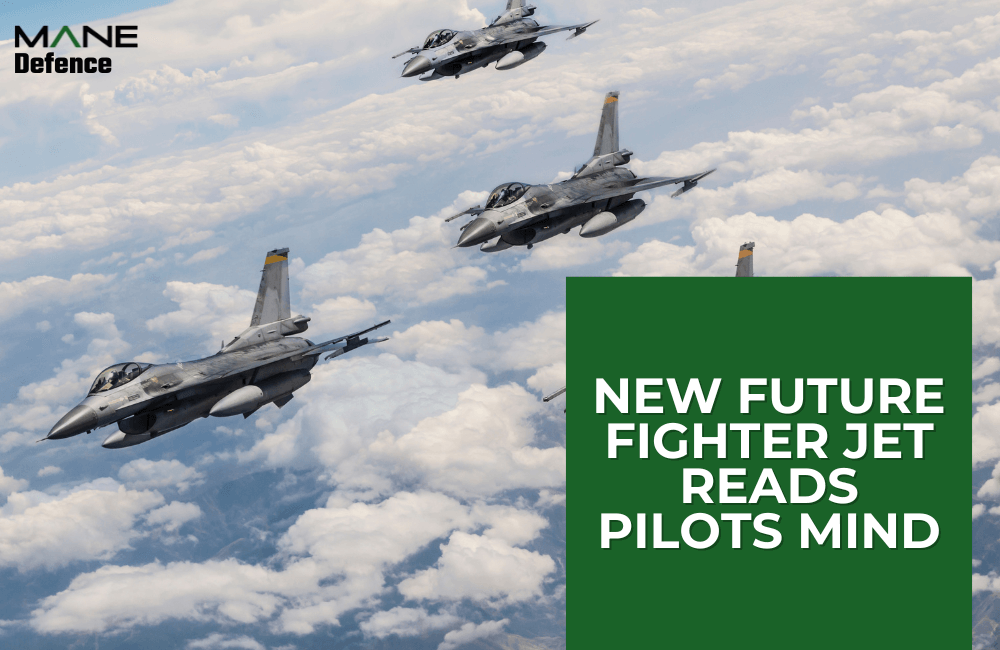 The UK Government has already put £2 billion into the new Tempest project where one of the features of the jet will allow it to read the pilot’s mind. This new jet is being developed by the UK’s BAE Systems, Rolls-Royce, European missiles group, MBDA and Italy Leonardo. At the Farnborough Airshow last month BAE systems announced that they will have a demonstrator jet flying by 2027 which will test some of its new technologies and features.

One of these features will include an AI system that will help the pilot when they are overwhelmed or under extreme stress by doing a multitude of things so to reduce human error. There will be sensors in the pilot’s helmet that will monitor the brain signals and gather medical data which will allow the AI to amass a huge amount of biometric data which will allow the AI to know exactly how the pilot is feeling and what it needs to do including taking over the controls if the pilot falls unconscious. This will allow the AI to grow will the pilot and let it learn how best to deal with the pilot’s concerns and worry’s during combat. Radar has always been quite hard for humans to read as the information that is passed through is extremely fast, but with the new AI system, this information will be inputted into the AI which will then be able to output much simpler information which the pilot will be able to digest which will reduce stress further.

Back in 2018 images of the model of the Tempest were released with people dubbing it the pregnant pelican because of its looks. The building of the jet will be nearly entirely automated and development will be digital. This has allowed the team to work with Japan’s Mitsubishi who has a Mitsubishi F-X future fighter project which is similar to the Tempest. This kind of global cooperation was only an option because of the digital build process that they are using. When asked why the Government doesn’t just invest in more Typhoon jets, BAE Systems said that by 2040 the UK and its allies will face new sophisticated threats. This calls for appropriate technology in response and this is where the Tempest comes in which will be a fighter for the second half of the digital century. Also back when the Typhoon was released 20,000 new jobs were created and the project contributed £21 billion to the UK economy which explains the government’s enthusiasm.