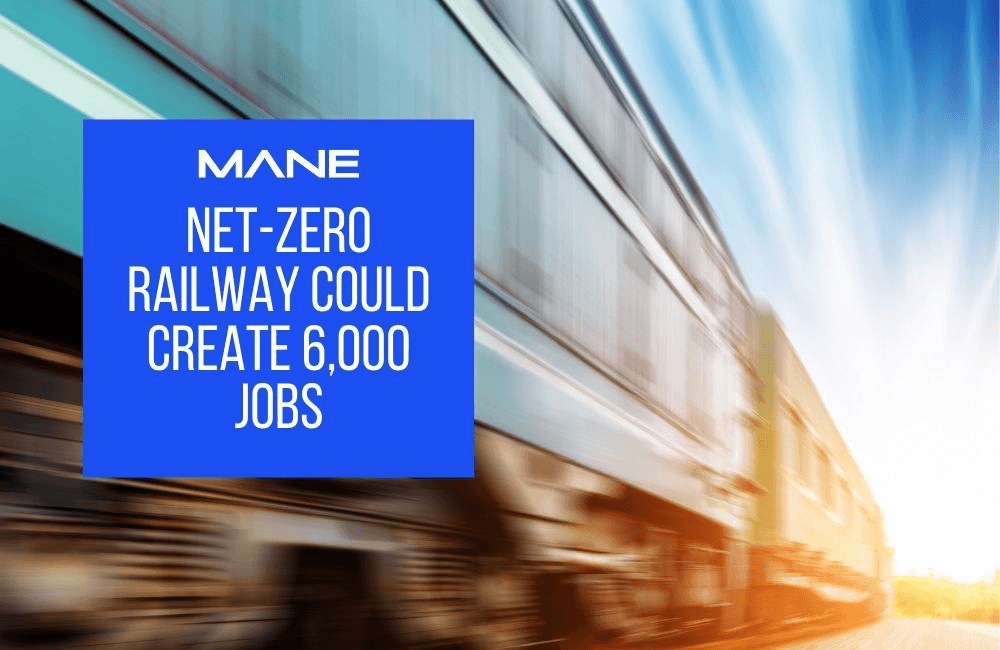 Building a net-zero railway could provide 6,000 green jobs between 2024 and 2050, says a new study by the Rail Delivery Group.

What’s more, a net-zero railway could boost Britain’s economy by up to £4.4 billion and boost the growing battery and hydrogen industries.

The study also looked into the jobs and financial benefits the rail industry could create by electrifying the rest of the network and building electric, battery and hydrogen trains where that wasn’t possible.

The railways are the UK’s biggest user of electricity and will need large amounts of renewable power in the future, as well as hydrogen and battery storage. A government commitment to funding the decarbonisation of the railways would drive investment and create more jobs in renewable energies like wind and solar power.

The government’s current focus is on creating 5GW of low-carbon hydrogen production capacity by 2030. As hydrogen trains need 2-5GWh of power, the rail network could act as an ‘anchor tenant’, giving the nascent hydrogen industry a chance to scale up and even become an exporter of UK expertise.

It would also create a clearly predictable demand for new forms of energy storage that would boost development in the energy storage industry, especially the automotive manufacturing hub in the Midlands. Building infrastructure and investing in technology would also feed into the government’s “levelling up” agenda and potentially create 6,000 jobs, 90% outside London and the South East and at least half highly skilled, as well as £2.2bn worth of economic benefits.

Thousands of jobs will be needed to assemble the electric, battery and hydrogen-powered trains at assembly plants like Newton Aycliffe (North East), Derby (East Midlands), Goole (Yorkshire and the Humber), and Newport (Wales).

A net-zero railway would cut 33 million tonnes of carbon emissions and improve air quality, bringing a further £2.2bn worth of health benefits. Journeys would also be faster, smoother, quieter and more reliable.

The study was commissioned by the Rail Delivery Group and carried out by jobs and skills experts at the National Skills Academy for Rai, economists Oxeral and rolling stock consultants Ipex.