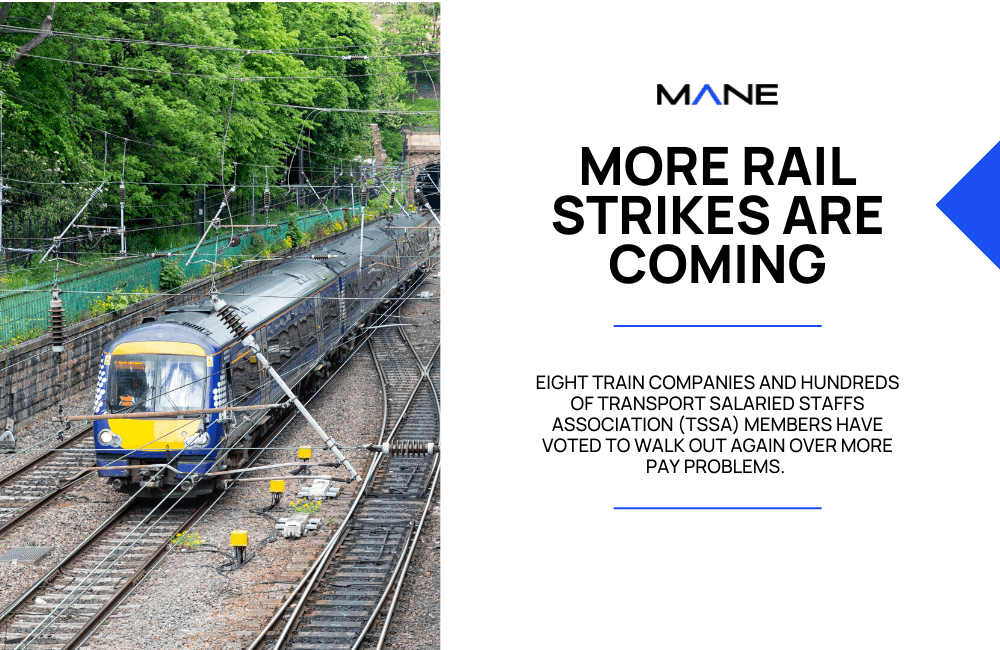 After the major disruptions in June saw 40,000 rail workers walk out over pay complications. Now eight train companies and hundreds of Transport Salaried Staffs Association (TSSA) members have voted to walk out again over more pay problems. The walkout in June was recorded as the biggest rail strike in 30 years with 13 train companies deciding to walk out and the government is looking to never have to face this problem again.

The general secretary of Aslef has said that these strikes are their ‘last resort’ but then went on to say that some of their members ‘have not had a pay rise since 2019’ and with the cost of living increasing ever more this has become more of a problem. Grant Shapps the Transport Security has fought back saying that these walkouts are unfair on people with ‘lower wages’ and will cause them more problems on top of the increase to the cost of living. At the moment on average train drivers make just under £60,000 per year which more than twice the median UK salary.

The dates for the strikes have not been announced yet but there are fears that it will lie upon the same date as the Commonwealth Games in Birmingham which will see one million tourists between the 28th of July and the 8th of August. Though just recently ASLEF train drivers have accepted a 5% pay increase which ended the over two month long dispute. So hopefully we can see the same sort of agreement coming to quell any other disputes.