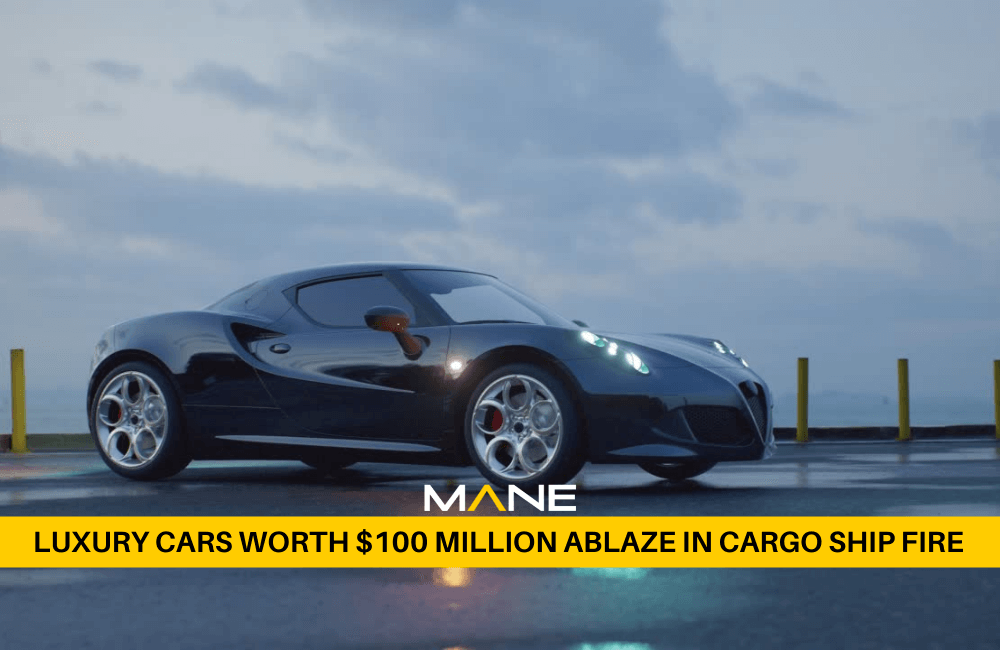 Last Wednesday off the Portuguese archipelago the Felicity Ace a 650-foot-long cargo ship which is the size of three football fields caught fire destroying the luxury vehicles inside. There were reportedly 4000 cars on board and an official representative for Porsche said that there were 1100 of their vehicles on board and a Bentley Spokesperson said that there were 189 of their vehicles causing millions of pounds worth of damages. The brands of vehicles inside the cargo ship included Volkswagen, Audi, Lamborghini, Porsche and Bentley. The estimated loss so far has come to £208 million.

Luckily all 22 crew member on board were evacuated unharmed as the cargo ship was set ablaze by an unknown source but officials are saying that the lithium ion batteries in EVs have been keeping the fire going. No pollution has been recorded so far even though if the ship sinks there is a large amount of oil on board which would cause massive amounts of pollution to the ocean. Though there are no reports so far that the ship will sink but it will still take some time to find a ship big enough to tow the 650-foot-long ship to the nearest port.

Volkswagen has already had problems last year with the increased consumer demand for vehicles in combination with the chip shortage which has caused a decrease in the amount of vehicles being sold and this new news won’t help matters either. The used car market has been booming in the start of 2022 due to all the supply chain problems this market may grow even further due to this. Though this is not the first time that an automotive manufacturer has lost vehicles at sea as most recently as 2019 when the Grande America caught fire and sunk with 2000 luxury cars including Audis and Porches. That disaster was not during such a large supply chain problem as the automotive industry is facing now so may cause more of a problem than it did before. Stocks for both VW and Porsche on the Tuesday actually increased by 10% and 13% respectively which shows some confidence in both companies’ ability to fix this issue.