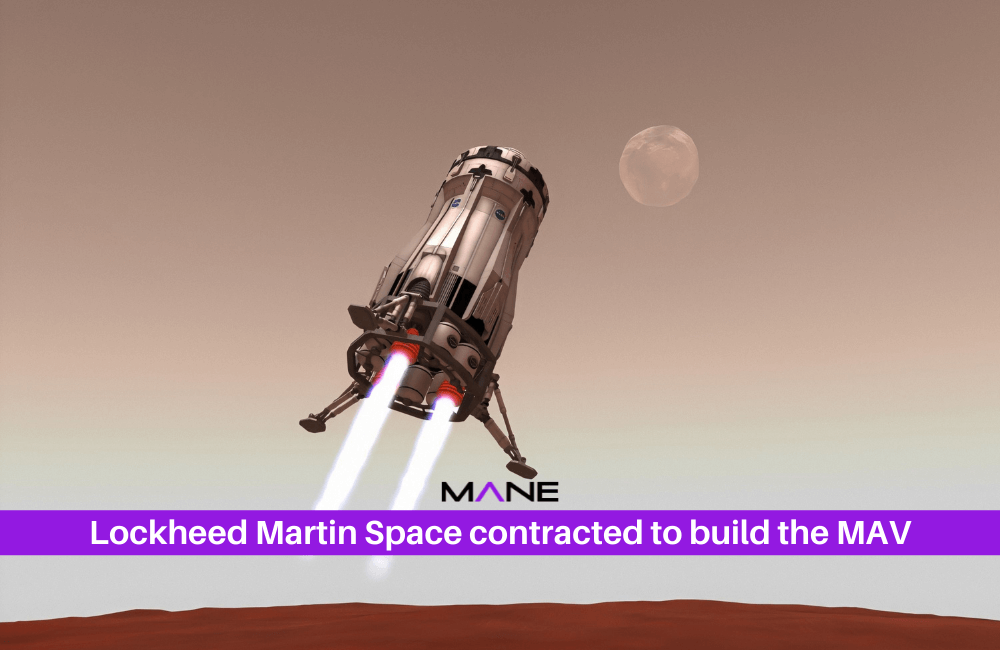 Lockheed Martin Space has been contracted by NASA to start development on the Mars Ascent Vehicle (MAV) – a small and lightweight rocket designed to retrieve rock, sediment and atmospheric samples from the surface of Mars. The award is part of NASA’s Mars Samples Return Program, in which they aim to complete the first robotic round trip to bring samples from the red plant, back to Earth.

NASA Administrator, Bill Nelson, said “this ground-breaking endeavour is destined to inspire the world when the first robotic round-trip mission retrieves a sample from another planet – a significant step that will ultimately help send the first astronauts to Mars.”

Under the contract, Lockheed Martin Space will be foremost required to provide multiple MAV test units. Included within this, is the designing, developing, engineering, testing and evaluating of the system in a cost-plus-fixed-fee contract with a potential value of $194 million. The system must be robust enough to withstand the harsh environment of Mars and versatile enough to work in conjunction with multiple other spacecraft.

The MAV is hoped to become the first rocket to be launched off another planet. To complete the campaign however, would require multiple successes. First, NASA’s Sample Retrieval Lander would be tasked with transporting the MAV to the surface of Mars, landing near the Jezero Crater to gather the samples collected by the Perseverance Rover. Once the samples are returned to the Lander, it is then set to be used as a launch platform for the MAV.

Once in the Mars Orbit, the container is to be captured by an ESA Earth Return Orbiter spacecraft. The spacecraft is predicted to return to Earth with the samples in the early years of the next decade.

In a campaign promising to revolutionize our understanding of Mars, it could also fulfil a solar system exploration goal that has continued to be a high priority since the 1970s. Moreover this strategic collaboration between ESA and NASA could evidence the potential for life on Mars, as well as provide us with more information about the early evolution of the planet – but first, Perseverance must successfully retrieve samples during its exploration in the Ancient Delta River on Mars.