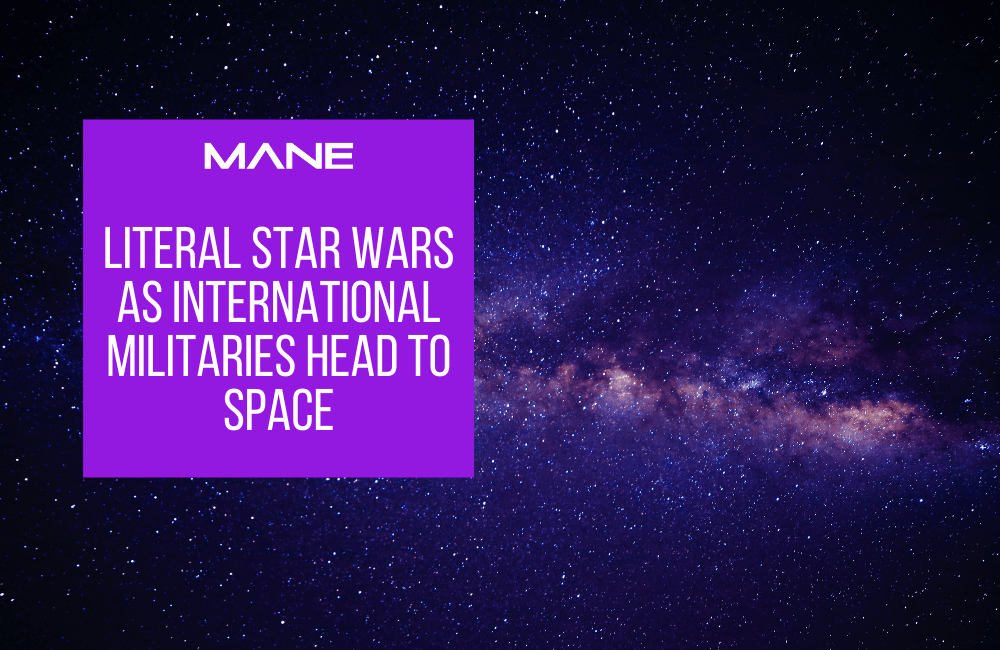 Space warfare used to be the domain of the US and Russia, with few other nations able to match their intelligence-gathering and missile warning capabilities during the Cold War. But now more and more countries are crossing the final frontier.

Space has officially been NATO’s fifth operational domain since 2019, and just in the past year we’ve seen the UK, Germany, France, Italy and Japan set up military space command structures, with Australia set to join the list in 2022.

One of the main reasons for a military presence in space is to protect satellites. A UK government report found that if global navigation satellite systems (GNSS) signals were disrupted for just five days, it could cost the UK £5.2 billion – a cost that’s only likely to increase as we become increasingly dependent on satellites for vital military and economic functions.

But perhaps the most important motivator for this sudden rush to space is the creation of the U.S. Space Force. Space warfare expert Bleddyn Bowen of the University of Leicester suggests that, with the cost of space access still prohibitively high for smaller countries, the real role of their space commands will be to maintain communication with the Space Force – although there could be “all sorts of changes” in another 20 years.

France, however, may be an outlier, as it already has a strong space presence and is aggressively expanding it, planning to have a fully-fledged organisation in place to protect its satellites by 2025.

One of the French Space Command’s missions will be to watch the Eutelsat 36D satellite, set to launch in 2024 with a UHF military communications payload for the use of French and NATO armed forces. The French and U.S. space commands have announced their intention to collaborate more closely and organise joint exercises.

Germany, on the other hand, is doing exactly what Bowen described; a spokesperson for its new space command, based at Uedem near the NATO Combined Air Operations Center for Northern Europe, said, “Germany is not pursuing any plans to acquire weapons to combat satellites. The focus is on education, early warning and communication with international partners.”

Meanwhile, the UK Space Command has taken charge of RAF Fylingdales in North Yorkshire, which boasts a phased-array radar that acts as part of the U.S. Ballistic Missile Early-Warning System network and is used to support U.S. space missions and satellite tracking.

The UK has long been interested in space, particularly through its Skynet communications system, but has been dependent on the U.S. Space Command. British space capabilities have so far been under the control of Strategic Command, which oversees all three armed services (the Royal Army, the Royal Navy and the RAF), and it remains to be seen how much will be transferred to the new UK Space Command established on April 1. The headquarters at High Wycombe are staffed by personnel from all three services.

The UK government plans to invest £1.4 billion over the next decade on space capabilities. New initiatives include Titania, a free-space optical-communications satellite demonstrator set to launch in 2023, and Project Oberon, a cluster of high-resolution synthetic-aperture radar (SAR) satellites. Hopefully the two project teams can maintain a harmonious working relationship with each other.

However, the long-term direction of Britain’s military space ambitions remains unclear, with a Defense Space Strategy mooted in 2018 still unpublished. The strategy is expected to call for closer international partnerships not only with the U.S. but also with other countries through the Combined Space Operations Center initiative, which covers the U.S., Canada, Australia, New Zealand, France and Germany. The UK is also in negotiations to host the U.S. Space Force’s future Deep Space Advanced Radar Capability (DARC) for satellite monitoring up to 22,000 miles from Earth.