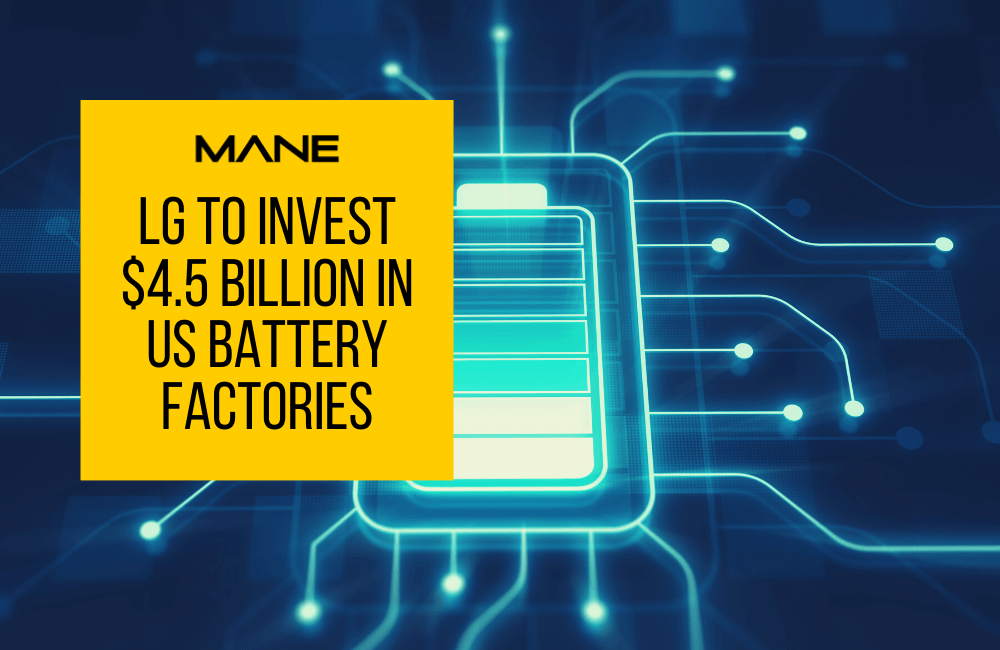 LG to invest $4.5 billion in US battery factories

By 2025, LG plans to invest over $4.5 billion in EV battery manufacturing plants in the US, which could create 70 GWh of additional cell output every year. These figures suggest it costs over $64 million to create each GWh of new annual production capacity.

The company has also hinted that the project will create about 4,000 direct jobs, plus another 6,000 indirect jobs during construction.

At least two new US plants are being considered, although a decision on the location of these plants has not been made yet, and is expected in the first half of this year.

LG currently has one plant up and running in Michigan and one under construction in Ohio, the latter as part of a joint venture with General Motors. The two companies are also in talks to build a second battery plant together, which could run to around $2 billion. This is the first of LG’s possible new investments.

The second may well be related to Tesla, as LG is working on Tesla’s pilot production line for its new 4680 battery.

Other investments could be related to the gap left by the US International Trade Commission’s 10-year ban on rival Korean company SK Innovation. Ford, Volkswagen, and possibly other EV manufacturers might be willing to buy batteries from EG if they are no longer able to do business with SK.

This massive investment could also be a strategic move against SK, since if LG is able to rush into production fast enough to become a major US battery supplier in the next 2-3 years, there will be no excuse to veto the ban on SK.

The Senior Vice President of LG Energy Solution, Chang Seung-se, said the move was a “proactive and preemptive” one. By investing before confirmation of customer demand, he said, the company was creating the capacity to respond quickly to market demand and customer orders.