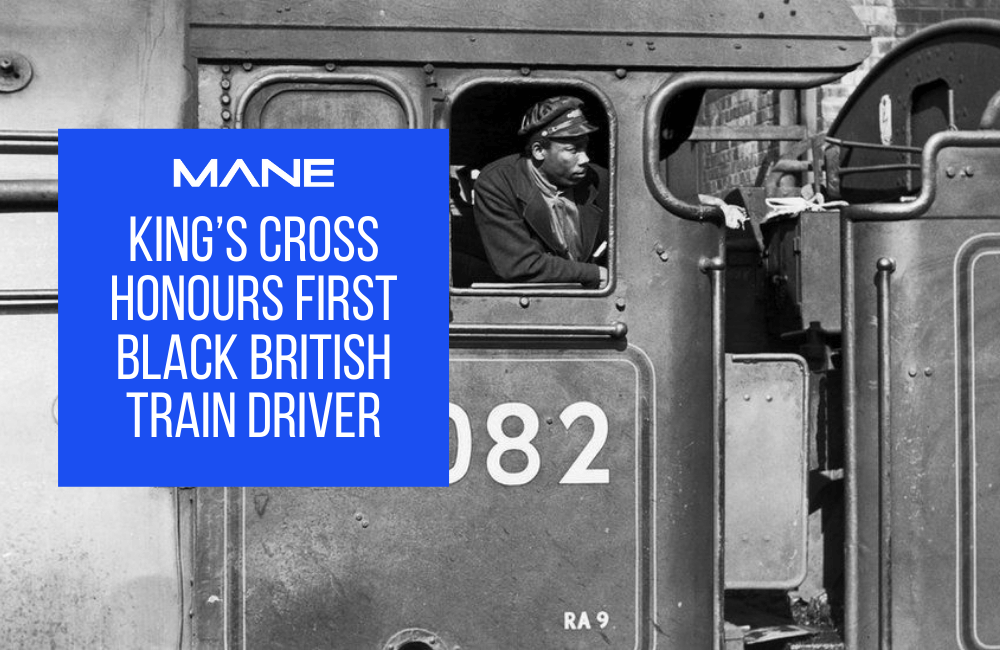 As well as honouring Wilston’s outstanding contribution to the railway industry, the plaque aims to encourage more people from minority ethnic backgrounds to start a career in the railways.

Born in Portland, Jamaica on 17 May 1927, Wilston – Bill to his friends and family – moved to London in 1952. Joining the railway as a cleaner, he worked his way up to ‘passed cleaner’ – a fireman in all but name – and began studying in the evenings to become a train driver, after long, hot shifts shoveling 10 to 12 tonnes of coal every day.

Passing his exams in 1962, he became the UK’s first Black train driver. Racism had blocked previous applicants from the role, and it almost ended his career on his first day, when white colleagues, furious at his promotion, forbade any white man to work under him.

When Wilston’s allotted fireman refused to work for him, his line manager stepped in and told the fireman he could go home – and not come back. The fireman quickly changed his tune and asked Wilston if he could stay. “I don’t have a problem with you,” said Wilston, “it is you who has a problem with me. If you do your job well, we’ll get along fine.”

It was the beginning of a long and successful career for Wilston. He tutored others, including his own brother, to pass their driving exams, broke both legs in a train crash in which he saved his fireman’s life, and recovered to drive famous locomotives and trains like the Elizabethan and the Flying Scotsman. Finally, he and his family emigrated to Zambia, where he continued teaching people to drive trains. He lived to be 91 and passed away in 2018.

Today, just 10% of train drivers in England, Scotland and Wales and 9% of all Network Rail employees are from Black, Asian and minority ethnic backgrounds, and the hope is that unveiling the plaque during Black History Month will encourage more people from those backgrounds to follow Wilston’s example and join the railways.