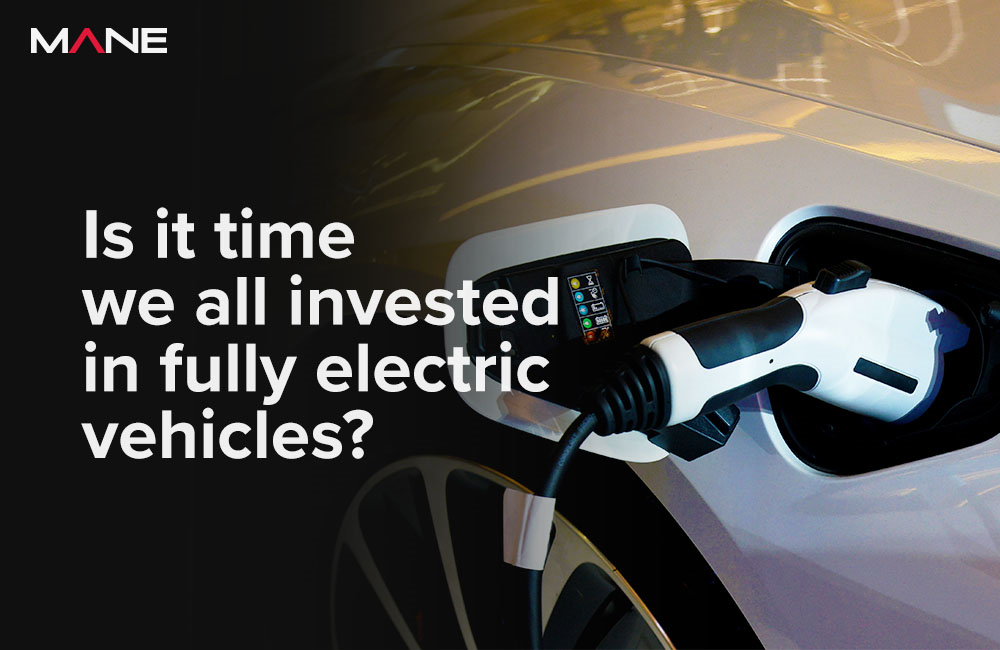 Is it time we all invested in fully electric vehicles?

Electric vehicles have been a hot topic as of late with advances made by a number of manufacturers like Tesla. They have always been hindered by their mileage, power, convenience and even appearance. However, new fully electric cars are turning heads and positions on economical travel and in 2016 electric cars sales hit a record 750 thousand worldwide.

With the constant talk of fossil fuels one day running out, automobile manufacturers have turned their attention to creating electric vehicles which appeal to all types of drivers.

Previously, hybrids such as the Toyota Prius and the Mitsubishi Outlander were happy compromises between lower emissions and power/mileage when required but were not considered an executive car and often came with a heavy price tag. On the other hand, the Nissan Leaf was one of the first mass-produced fully electric cars and quickly became one of the world’s best-selling electric vehicles with an impressive 300,000 cars sold since its introduction in 2010.

The Renault Zoe is a fully electric compact car perfect for city drivers, with an impressive 250-mile range and moderate price tag, it's clear why this car is very popular. However, whilst this car is appealing to some, it’s arguably not going to appeal to everyone.

One car which is sure to turn heads is Tesla’s newly announced second-generation Roadster. This fully electric sports car will set a new standard for electric vehicles. Going 0 to 60mph in a mere 1.9 seconds with a top speed of over 250mph, which is certainly fast, will make any speed junkie excited. By comparison, no other mass-production vehicle has cracked the two-second threshold and the Koenigsegg Agera RS only recently broke records when it hit a top speed of 277.9mph. The Roadster comes equipped with a 200 kWh battery pack capable of a 620-mile range, which would get you from London to Switzerland on a single charge! Although the price tag may not appeal to all, it certainly does make an impression on those who can afford it. The new interest has also created a race among car manufacturers to develop the best fully electric car on the market as consumer demand for electric vehicles grows. The all-new Roadster is sure to make some major manufacturers think twice about their state of their own vehicles as Elon Musk called the Roadster a "hardcore smackdown to gas-powered cars."

Here in the UK, testing continues ahead of the launch of the world’s most advanced, electric, black cabs. Earlier this year, formerly The London Taxi Company (LTC) changed its name after 69 years to the London Electric Vehicle Company (LEVC) after unveiling the new, electric design of its famous black cabs. The company aims to ditch diesel and produce instead a petrol and electric-powered taxi capable of running for 70 miles off a battery before switching to a petrol engine for up to 400 miles.

This new interest in electric cars has also lead to new investment in developing advanced technology, which has had a positive effect on the manufacturing industry, producing a range of new opportunities for investment as well as the development of new types of jobs. With the newly-announced Tesla Roadster matching and even surpassing standard fossil-fuel counterparts, is it time we all invest into a fully electric-vehicle future?