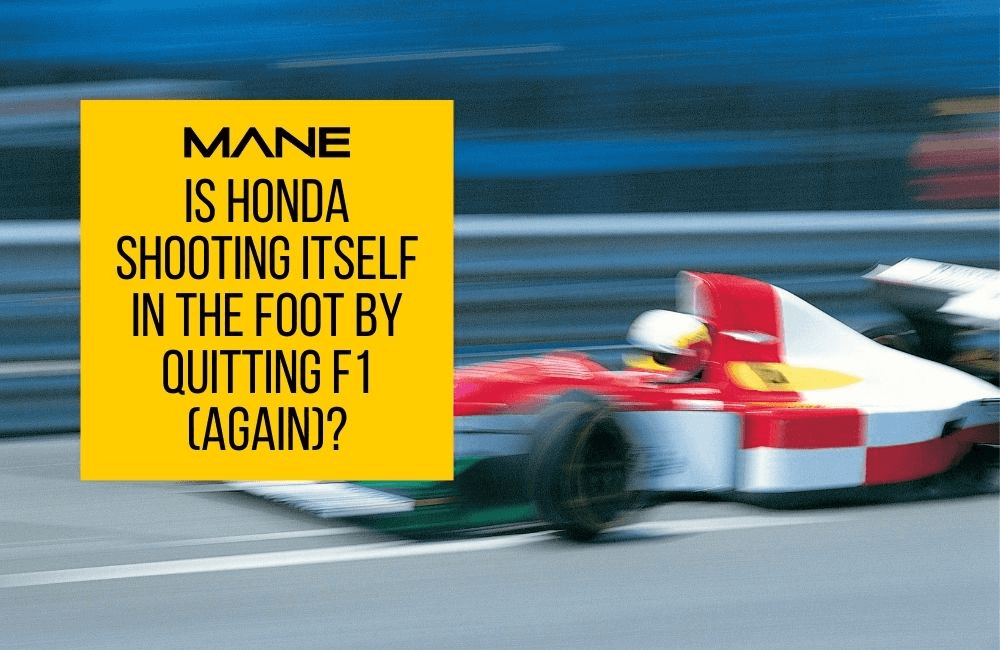 Is Honda shooting itself in the foot by quitting F1 (again)?

Honda’s on-again-off-again relationship with Formula 1 is off again… but is the Japanese carmaker about to regret its timing?

When Honda announced its plan to leave F1 at the end of 2021, few were surprised – not only because the announcement came in the middle of 2020, when other automakers (notably Audi and BMW) were also pulling out of motorsport over the COVID crisis, but also because Honda has a history of disappearing acts. In fact, this is its fourth.

Honda first entered F1 in the sixties, winning races as a full constructor, powered McLaren and Williams to victory in the eighties and nineties, then made a comeback in the noughties as an engine manufacturer before taking over a team again.

Its last exit was perhaps its worst-timed. After performing poorly in 2007 and 2008, Honda bowed out before the 2009 season – whereupon the car it had built promptly won the championship. But it was branded as Brawn GP and powered by Mercedes, with Honda’s name nowhere on it. By quitting, Honda had handed all its hard-earned kudos to its rivals.

Six years later, Honda was back to face the challenge of incredibly tough new hybrid power unit regulations. And it’s possible it’s about to make the same mistake again.

While Mercedes has been looking good in the constructors’ championship, Red Bull could easily still take the lead, and Honda-powered Max Verstappen is leading in the drivers’ championship, giving Mercedes and Lewis Hamilton serious cause to worry. If Honda wins a title, it’ll be the first win by a non-Mercedes power unit in the hybrid era.

This makes it a bizarre time to leave, especially as power unit specifications are set to be frozen next year, although that’s partly because of Honda’s departure. Honda-designed power units may be winning races for years to come, but they’ll be branded as Red Bull. F1 is Honda’s biggest opportunity to showcase its hybrid and electric technology – which it’s been slower to develop than some competitors – so it seems short-sighted to throw that away.

In fact, Honda is so far behind on electrification that it’s resorted to collaborating with GM, using GM’s Ultium electric vehicle platform to build its first four electric models. In other words, Honda is effectively buying in powertrains for its road cars, despite having developed bleeding-edge power unit technology from scratch for F1.

Of course, F1’s relevance to road cars is extremely limited, especially during a time of unprecedented change in the auto industry. It may seem bizarre that Honda, which has done better at challenging Mercedes than Ferrari or Renault, is bowing out just when its hard work is finally paying off. But with F1 so far removed from its actual road car business, there are plenty of plausible reasons for the move, from reallocating engineering talent to just being seen to focus all its resources on road car development at this crucial time for the planet.

The exposure that comes with F1 puts immense pressure on any carmaker’s image, and Honda certainly lived that during its time with McLaren. But having come through that, there’s a risk it may yet again be quitting on the edge of success.