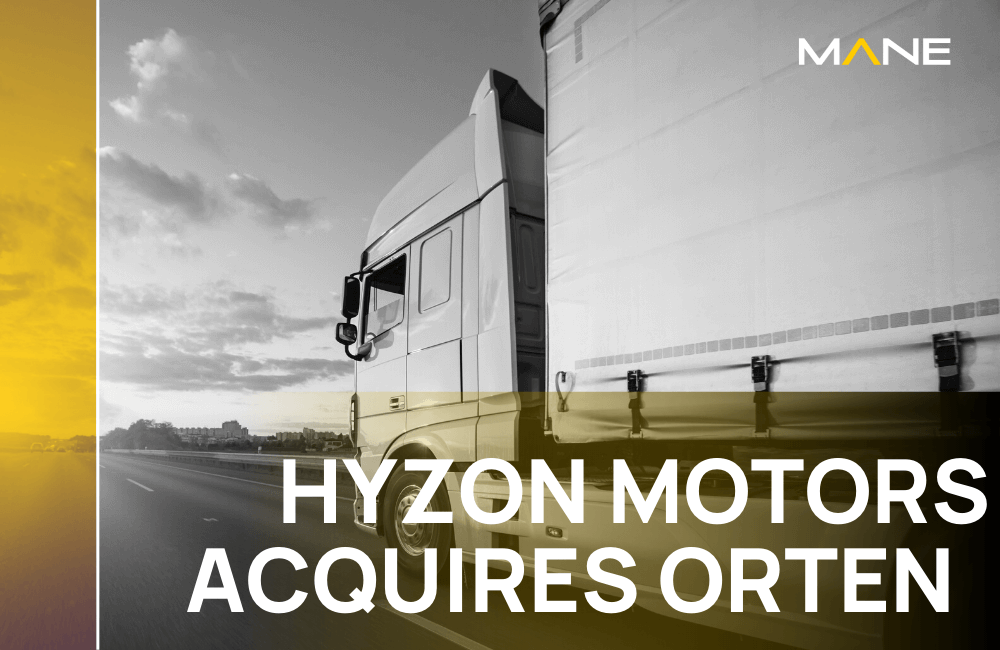 Hyzon Motors acquires Orten in a push for the German Market

Hyzon Motors the fuel cell commercial company is acquiring the German company, Orten. This acquisition will bring those three production facilities as well as a team of over 80 employees. Hyzon has said that it wants to ‘establish an operational footprint and customer access in attractive German Zero Emission truck market, including expansion of electrification and powertrain kit expertise & assembly capacity.

Acquiring over 80 employees isn’t the only reason why Hyzon would want Orten but also because these employees are experienced in electrification, retrofitting, and bodybuilding which are all very important in Hyzon’s FCEV build process. Also, Orten has many long-standing relationships in Germany which will make Hyzons reach into the German market even easier. Though Hyzon Motors has mostly just focused on the heavy truck market Orten will allow them to increase their range using Orten’s powertrain kit. Hyzon Motors CEO Craig Knight said that “We are proud to grow our team and our reach through such an esteemed and innovative provider of solutions in German logistics.” Adding “We look forward to working with the ORTEN team to accelerate Germany’s move to zero emissions through hydrogen fuel cell technology, and to deepen the customer relationships Orten has in the beverage industry to include the potential of Hyzon FCEVs.” Though Hyzon has only been a publicly active company since 2020 so it is exciting to see what this acquisition will do for Hyzon.