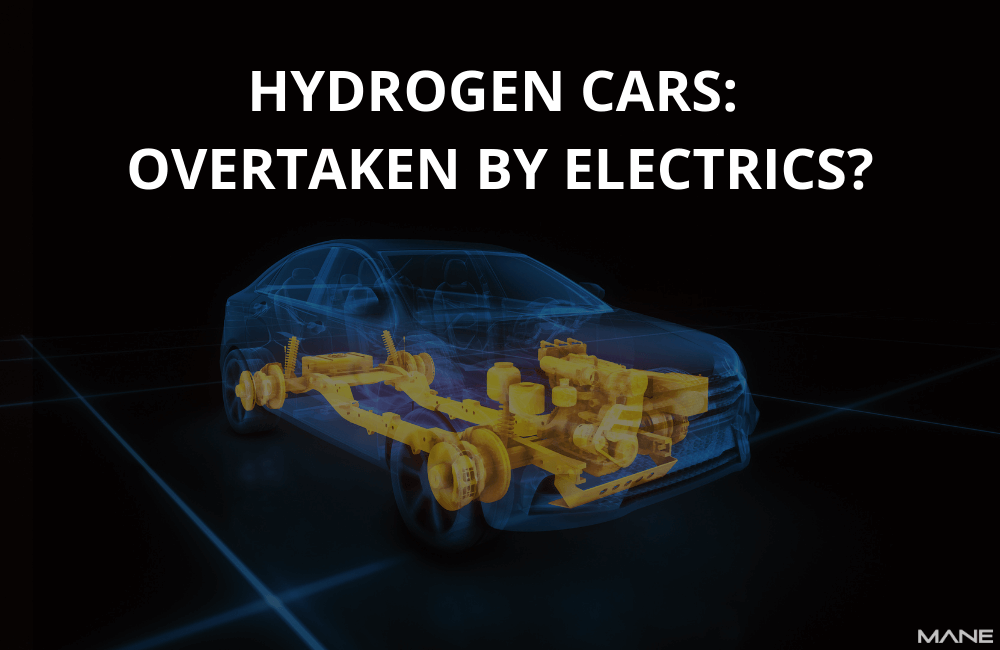 We’re certainly not short of hydrogen. The H in H2O is the most plentiful element on earth. If you extract it right, it’s as clean as a fuel can be. And it’s been powering engines since 1807. So where are all the hydrogen cars?

While most carmakers are trying experiments with hydrogen, some even producing a few vehicles, a mass roll-out is still years away – if it ever happens at all.

One problem for hydrogen is the growing popularity of electric cars as the green machines of choice. With EV sales rising by 37% per year, it’s understandable that manufacturers are focusing on what sells. There’s also the chicken-and-egg issue of infrastructure: nobody’s building hydrogen fuel stations because there are no hydrogen cars on the roads… and vice versa.

So is the H in H2O dead in the water?

Critics argue that by the time you’ve extracted it, compressed it in fuel tanks, and mixed it with oxygen to create electricity, hydrogen is much less efficient than battery power. That would be a problem if hydrogen cars were expected to replace electric cars… but they’re not.

Every major carmaker is either working on or researching hydrogen as a complement to electric power, and for good reason: it’s the cleanest possible fuel.

Making batteries for EVs takes a lot of energy; the CO2 emissions for a single 100kWh battery are about 20 tonnes. If that battery lasts for 150,000 miles, that’s 83g/km – 124g if you take charging into account. In other words, if you live in the country, you’ll be putting at least a kilogram of CO2 in the atmosphere every time you go to Tesco’s in your ‘green’ EV.

Hydrogen cars aren’t necessarily better – CO2 emissions for the Toyota Mirai, for example, are about 120g/km – but that’s because hydrogen today is mostly produced from natural gas. Produce it from renewable biomass, and that figure is slashed in half. Even with renewable electricity sources, EVs couldn’t get that low because of the impact of battery production.

Batteries, with their limited capacity, also have a big downside in the heavy goods sector. It takes a lot of electricity to move a truckload of bricks, which means a lot of time wasted recharging. Hydrogen trucks could be much more viable than electric trucks – however, we need a network of hydrogen refuelling stations first, and that’s several years and billions of pounds away.

The solution to this chicken-and-egg problem is to make hydrogen vehicles just one element of a new “hydrogen economy”. Instead of just building refuelling stations for cars, it would be more efficient to integrate hydrogen into the whole energy sector, from fuel to home heating.

Because hydrogen can be produced onsite, unlike electricity or petrol, it can start locally. Swindon opened the UK’s first renewable hydrogen station in 2011, using solar power to produce hydrogen on a commercial scale. The West Country town now has two hydrogen stations and a small fleet of hydrogen-powered cars.

However, it’ll take more than a local approach to create the infrastructure we need. BMW, Toyota and Daimler are leading a worldwide group of 13 companies investing $10 billion in hydrogen over the next decade.

The UK government also needs to play its part. About 1TW of energy is produced in renewables every year but not used. If the government invested in a hydrogen processing plant, this energy could be used to produce 18,000 tonnes of hydrogen. With the Germans pledging to build 400 hydrogen stations in the next three years, we don't want to fall behind.

The cost of hydrogen cars themselves is still an issue, with the Toyota Mirai coming in at over £60,000, but there are a couple of solutions. Toyota builds cars on a modular basis and can easily swap out the petrol drivetrain for a hydrogen fuel cell, allowing them to build less pricey hydrogen vehicles.

Another option is offered by Riversimple, which rents out hydrogen cars, fuel included, instead of selling them, enabling the company to compete with conventional carmakers until production costs come down. This could help drive more widespread uptake of hydrogen cars.

While the future of hydrogen is still up in the air, it’s looking a lot more solid than it did ten years ago.