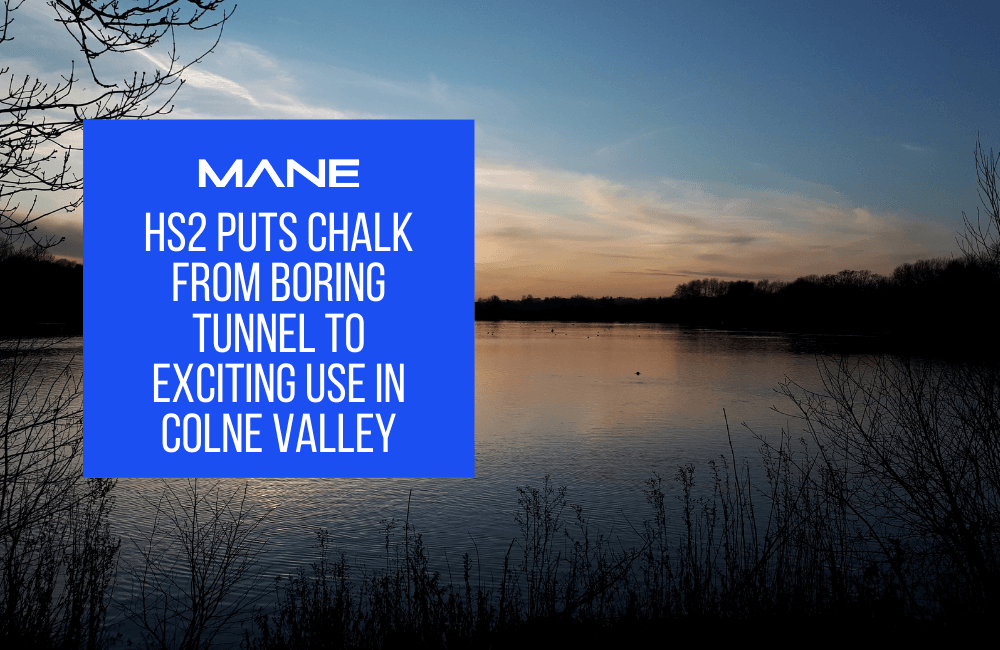 What to do with three years’ worth of excavated chalk slurry from a new high-speed rail tunnel?

HS2 Ltd has an unexpected answer: create new wildlife habitats, including woods and grasslands, in a “Green Corridor” in Colne Valley.

As part of a bid to reduce their overall carbon emissions by 50%, HS2 Ltd has designed a process in which the chalk cut by their two tunnel boring machines will be mixed with water and returned to the entrance of the tunnel by a pipeline.

Once there, the chalk slurry will be taken to an on-site reprocessing plant just inside the M25 motorway and filtered through a specially-designed polymer to create clean, dry, and portable chalk cakes. The process of making these cakes will take about a week from start to finish.

The recycled chalk will then be added to the soil in the new Green Corridor being created as part of HS2’s plan to mitigate the environmental impacts of the project. The addition of the chalk should encourage the growth of the valley’s unique calcareous-grassland ecosystem over a 127ha area.

Segments of wall for the planned tunnels are already being manufactured, and the boring itself is scheduled to begin in early summer, with the aid of HS2’s first tunnel-boring machines, the delightfully named Florence and Cecilia – one for each half of the twin-bored tunnel.