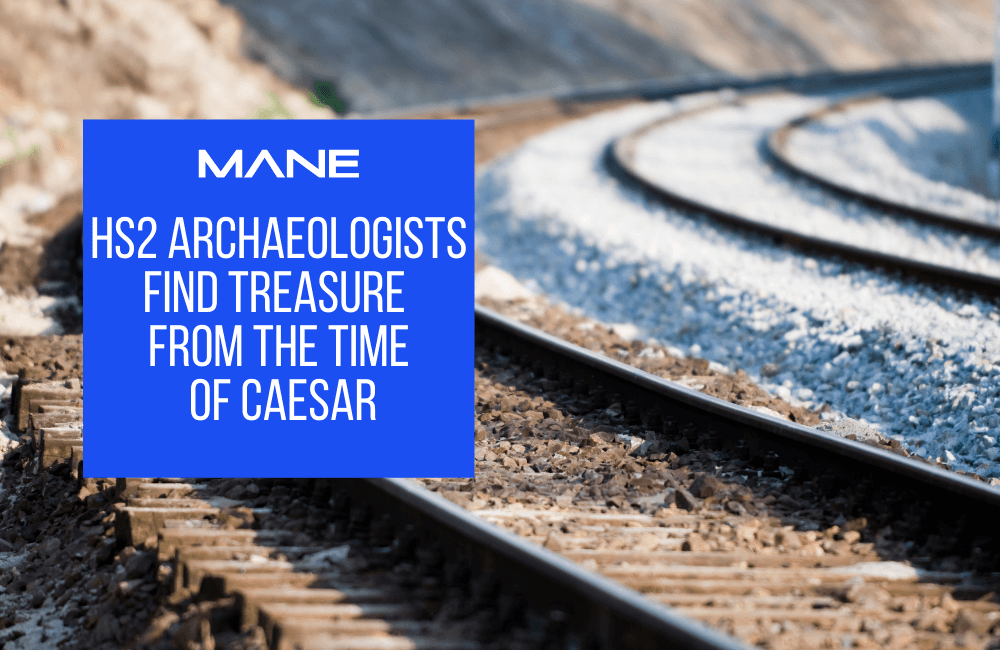 HS2 archaeologists find treasure from the time of Caesar

The HS2 project has fueled innovation in many fields – but now it’s also led to discoveries about the ancient past.

In August of last year, archaeologists working with the project discovered a buried cache of over 300 potins, an early form of coin money dating back to the Iron Age.

Further research has confirmed that the coins are similar to those minted in Marseille, France about 2,175 years ago, featuring the images of the god Apollo and a charging bull.

Hoards like the Hillingdon Hoard, as it has come to be called, have been found repeatedly in areas that would have been isolated in first-century Britain. As the Roman Empire was not yet firmly established here at that time and direct trade or barter was the most common form of economic exchange, it is still a bit of a mystery what the potins would have been used for, although they seem to have changed hands often in Kent, Essex, and Hertfordshire. They may have been used to mark boundaries or as tokens of offering to the gods – or they may have just been a precursor to stashing an emergency fund under the mattress.

The potins in the Hillingdon Hoard are of a type, known as the Flat Linear series, produced late in the first century. The earliest potins produced in Britain were rounder and bulkier than modern coins, evolving the flatter shape and more stylised imagery over a few decades as technology and metalcraft advanced.

These artefacts come from a time of upheaval in British history, when Julius Caesar’s conquest of Gaul was in full swing. They represent a transition point between Iron Age and Roman Britain.

Prior hoard discoveries mostly featured older potins, with the Flat Linear type being relatively underrepresented. The Hillingdon site is therefore especially significant, providing an opportunity to study a large sample of early currency from the period and learn more about its origins and uses. The hoard has been taken to a museum and cleaned, but its value and future destination have not yet been determined.

“At HS2 we are not only building for the future, we are also preserving the past,” remarked Helen Wass, HS2’s Head of Heritage.