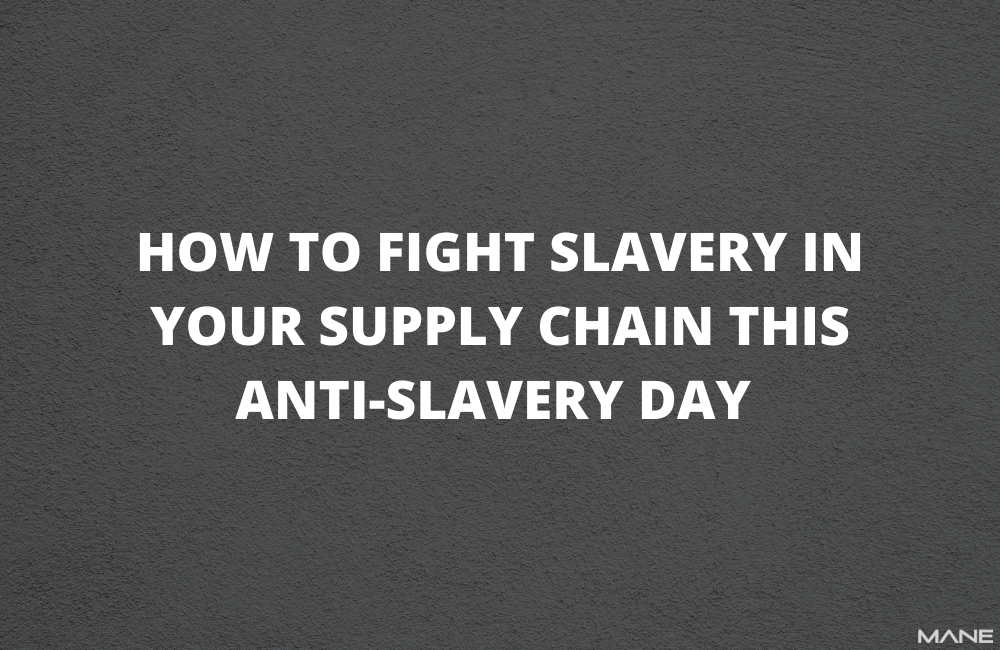 Slavery is not just an atrocity in our past; it’s happening now. Because of the vast number of workers in the construction industry (about three million) and the complexity of the supply chain and the subcontracting model, there’s a huge opportunity for exploitation in supply chains.

Anti-Slavery Day, 18th October, exists to raise awareness of modern slavery and human trafficking and modern slavery, and encourage companies, individuals, charities, the government, police and local authorities to work together to fight it.

More and more people and organisations every year are taking action to mark this day, and the Human Trafficking Foundation holds an Anti-Slavery Day Awards ceremony to recognise outstanding contributions.

At Mane, we’ve taken action by signing the Construction Protocol. It’s an agreement between the Gangmasters and Labour Abuse Authority (GLAA) and organisations in the UK construction industry to work collaboratively to eradicate modern slavery and exploitation in supply chains. Some of the leading names in the industry have already signed up, including client bodies, main contractors, subcontractors,industry bodies and government departments.

Thanks to all the organisations who’ve signed up since the Protocol’s launch in October 2017, the GLAA has been able to arrest exploiters and also safeguard victims. But there’s still more to be done – this broad network provides a huge opportunity to look at innovative ways to stay one step ahead of exploiters and prevent exploitation.

By signing this agreement, we’ve committed to:

We’re also getting involved in the GLAA’s “Are you alright?” campaign, which works to raise awareness of exploitation among workers themselves through posters, slides, and a toolbox talk. The hope is that through these materials, workers will be able to recognise when they or others need support in protecting their employee rights.