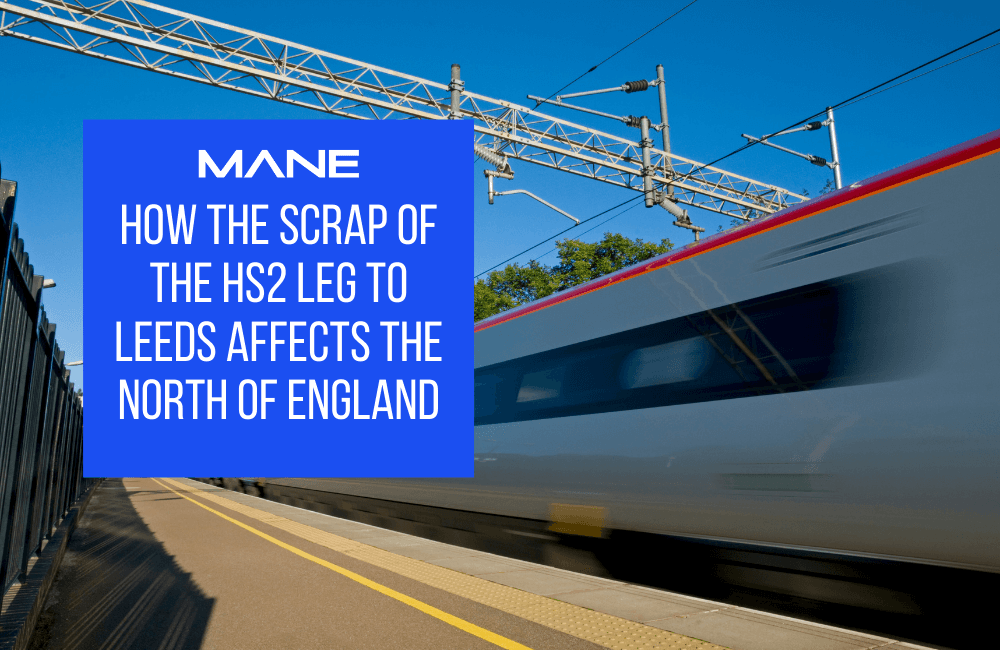 How the scrap of the HS2 leg to Leeds affects the North of England.

On Thursday the 18th November, the Conservative parliament announced they would be scrapping the eastern leg of the HS2 in favour of an update to the existing rail systems. Grant Shapp, Secretary of Transport, reiterated that the new Integrated Rail Plan would provide benefits much faster, but such an initiative was met with a combination of both cheers and mumbles of disappointment, with some members of parliament feeling betrayed by the prime minister, and other HS2 groups feeling relieved.

The original HS2 plan was to connect London to the Midlands and the North by connecting London Euston to Birmingham which would have completed phase 1. Phase 2 would’ve consisted of a western and eastern leg with the former connecting a high speed rail to Manchester and the latter connecting the West Midlands to Leeds. However, the government have been presented with a task of overwhelming difficulty – that is, to connect Bradford, the city in the UK with the worst connections, to the rest of the country.

Many members of parliament are expressing how they feel ‘betrayed’ with the Prime Ministers actions to scrap the Eastern leg. Tory MP, Robbie Moore, stated his disdain for this decision by explaining how he was ‘deeply disappointed’ and that the new plan has ‘completely short changed’ his constituents. Due to this decision, London to Leeds will take 1 hour and 53 minutes, a journey 32 minutes longer than in the original plan. Though the plan to connect Leeds to London through high speed rail is not completely off the table, there is no confirmed date on when this will be accomplished.

On the other hand, environmentalists were elated by the news, exclaiming how the HS2 plan would have decimated farm lands and natural woodlands. With COP26 just past, the UK initiated large promises on how they would decrease carbon emissions and put themselves at the forefront of environmental protection. Although, ignorant of The Wildlife & Countryside Act, the old HS2 plan would have seen many nature reserves paved over as the project was set to create 1.45m tonnes of carbon emissions. This is overtly against the Prime Ministers words at the world summit which could have been a factor in the final decision.

Our divisional director of rail and infrastructure, Darrell Atkins, added that he believes that the scrapping of the eastern leg was an ‘extremely short-sighted decision from the government’. He also goes on to say how it feels as if ‘Northern Infrastructure investment tends to always be cut back or shelved at the 11th hour’, which shows the governments lack of commitment for increasing the economic state of the North.

The new integrated rail plan is still looking to improve travel times across the board for the North but nowhere near the previous promised amount. This new plan is more focused on upgrading the system that is already in place, which includes spending £360m on improving ticketing. There have been 28 reported routes that are to make their way onto the new plan and of these reported routes five are faster than the previous plan, four are the same and nineteen have worse times. Despite this, these nineteen routes are still improvements over the current times. This new plan will display change much faster than the old plan as the ideas are easier to implement, but those in the North, especially near Bradford, will not see the changes that they were superficially promised.