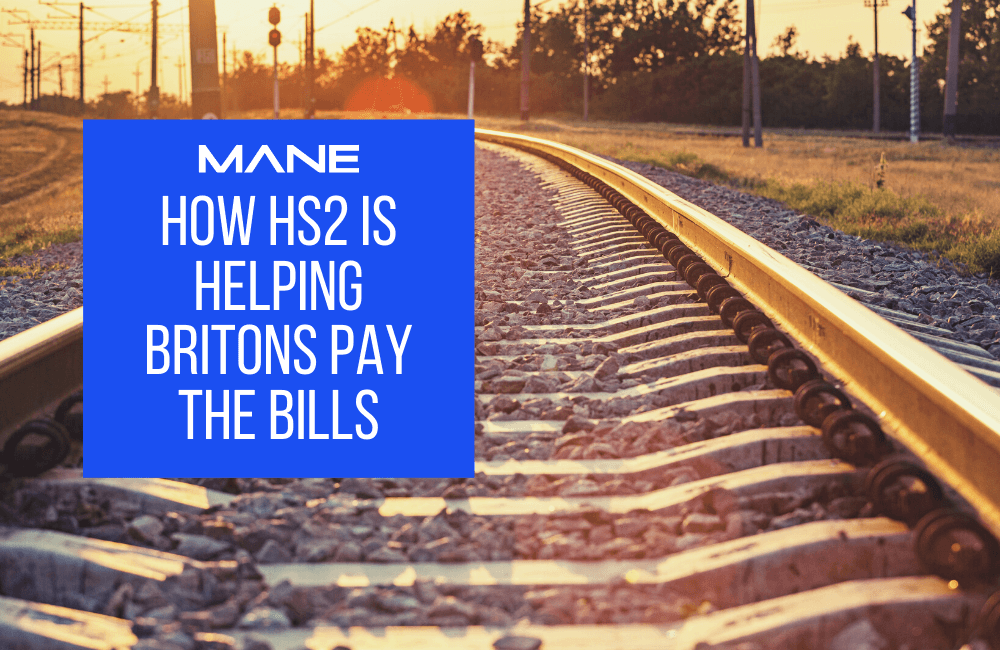 How HS2 is helping Britons pay the bills

While many projects are being shut down or cancelled during COVID, one flagship project is steaming ahead, creating thousands of jobs.

The HS2, Britain’s new high-speed railway connecting London, the Midlands, the North and Scotland, has already contributed around 13,000 jobs to the struggling UK economy. The whole project is expected to create about 25,000 jobs directly, 2,000 apprenticeships, and up to 100,000 jobs within the wider economy as a knock-on effect of the improved transport links.

People who’ve never considered a career in rail are turning to HS2 for their next opportunity, not only to put bread on the table in uncertain times but to be part of a historic, world-leading project that will stand out on their CVs for years to come.

With 2,000 businesses supporting the project, HS2 jobs can be found across Britain and span a vast range of industries, from the biggest ground excavation in UK history to the planting of more than seven million trees and shrubs.

And these aren’t just short-term jobs. As Europe’s biggest single rail infrastructure scheme, HS2 looks set to dominate demand for construction skills for decades. Research by Experian, the CITB and the University of Dundee found that the unprecedented demand for skilled workers will mean jobs are created for 4,980 construction operatives, 1,015 designers and 735 managers every month for the 26-year duration of the project, as well as non-construction professionals in areas like railway systems and rolling stock.

After the project is complete there will be opportunities for roles in the maintenance and operation of the railway. The improved transport connections, which will allow people to commute between London and Birmingham in an hour, will also lead to job creation for years to come as businesses branch out to set up offices further away from London, especially in the North.

With our exceptional expertise in rail recruitment, we’re perfectly placed to connect you with the best HS2 jobs, both blue-collar and white-collar, across a wide range of disciplines. Register with us today to be the first to hear about new HS2 opportunities.