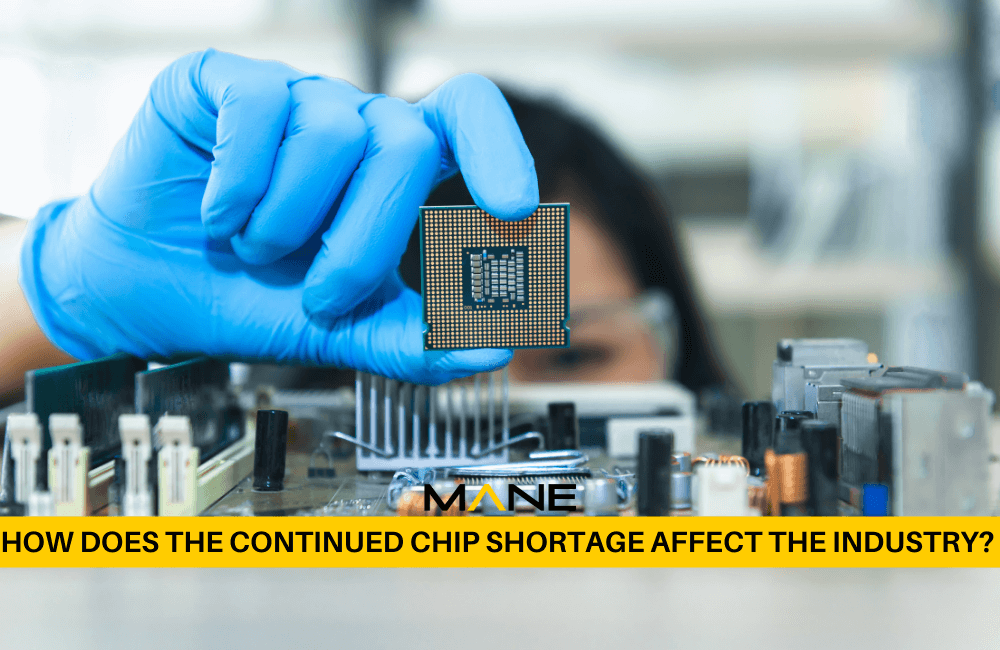 How does the continued chip shortage affect the industry?

Although the semiconductor chip shortage was apparent in early 2021, no one thought it would continue on for this long. Governments have even reported that they are thinking that this issue will persist through 2022 and the automotive industry will still feel the effects onto 2023 even large producers of these chips confirm this like Infineon who warned their consumers that their will shortages of their core products going into 2023. These chip shortages has caused manufacturing problems in not just the automotive industry but also nearly all electronic products on the market. Due to these disruptions many companies had to furlough their employees because of low supply.

Typical modern vehicles need around 1500 – 3000 of these critical parts which puts manufacturing of these vehicles to a standstill. Many countries around the world have hit this problem with the UK seeing its car production hitting its lowest level since 1956. Already in the global market 187,200 vehicles have been removed from the production line which is up 25% from early January and in the UK 859,575 vehicles are to be rolled off the UK production line by the end of 2021 which is down by 60,000 or 6.7% compared to 2020 and is 34% below pre-pandemic levels. This problem was not helped by Covid-19 self-isolations, the surge in energy costs around the UK increasing by up to 70% and the permanent shutdown of the Honda car plant in Swindon which accounted for around a quarter of the annual decline. All these problems became even worse due the chip shortage and is making the climb for the automotive industry to get back to where it was pre-pandemic even harder.

The problems with the chip shortages were reported to be because of the pandemic with less employees being able to make these key components and consumers wanting new products due to disposable income and free time. Though there are also reports that price gouging may have caused some of these problems but no evidence has been seen to this report. The US are trying to take action against this problem by investing $1.6 billion into the industry and also aiming to spend $52 billion on production and research of semiconductors. Though in the meantime automotive manufacturers will need to sit tight until this problem has been resolved.