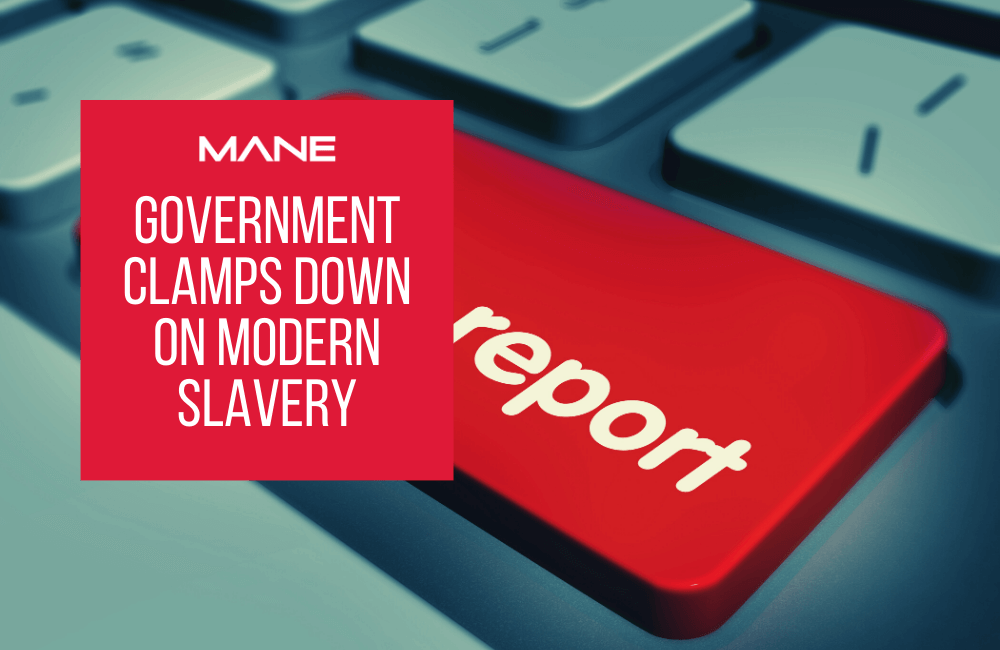 Government clamps down on modern slavery

“Modern slavery” means using force, abuse, coercion or deception to recruit, move, harbour or receive people for exploitation. And yes – it’s still happening in the UK, and in the overseas supply chains of UK companies.

The signs of modern slavery are often hard to spot, and companies may not realise they’re facilitating it in their own supply chains. Recently, the government has launched an initiative to make sure companies are aware of the problem and working to solve it.

The government’s UK Annual Report of Modern Slavery sums up everything done to combat modern slavery during the year. The 2020 edition reported “significant progress” on five main themes:

This is about prosecuting people and organisations guilty of modern slavery. Convictions went up by 6.9% to 71.9% in 2020, and active investigations are up 25%.

This means preventing people from becoming either perpetrators or victims of modern slavery. The ‘Hidden in Plain Sight’ campaign to spread awareness led to more than 1,000 referrals to the Modern Slavery Helpline.

This means protecting people against exploitation, and increasing resilience and safeguards against modern slavery. The government has set an example by using its own Modern Slavery Statement to show what steps it’s taking to stamp out modern slavery in government supply chains.

Improving victim identification and support is an important step towards harm reduction. The Home Office is launching a National Referral Mechanism Transformation Programme to help identify people affected by modern slavery and support them in rebuilding their lives.

Modern Slavery Act: What companies need to do

Under the Modern Slavery Act 2015, any company with an annual turnover of at least £36m that supplies goods or services in the UK have to publish an annual statement saying whether it’s taking any steps to prevent modern slavery in its operations and supply chain, and what those steps are. The UK was the first company in the world to require this.

The statement has to be approved by the board of directors, signed by a director, and published somewhere obvious on the company website. Companies who fail to comply will be hit with a government injunction, and worse still will be the cost to their reputation.

Given this, it’s also worth companies with a turnover under the £36m threshold producing a voluntary statement on their own actions against modern slavery. Businesses of all sizes can also show their commitment to fighting modern slavery by adding a modern slavery policy to their employee handbook and giving an employee the role of a compliance officer to oversee this policy.

The government has recently updated the Modern Slavery Act in response to its “Transparency in supply chains” consultation, so it’s important to understand the changes and how they affect you.

Changes to the Act

For organisations that already fall under the Act, the main upshot of this will be the need to report on specific areas by a set deadline. For public bodies, it will mean a new obligation to publish a report.

Many of the changes listed will mean legislative changes too, which could take months. In the meantime, the government will be publishing new guidance on various aspects of the changes to help businesses and public bodies prepare.