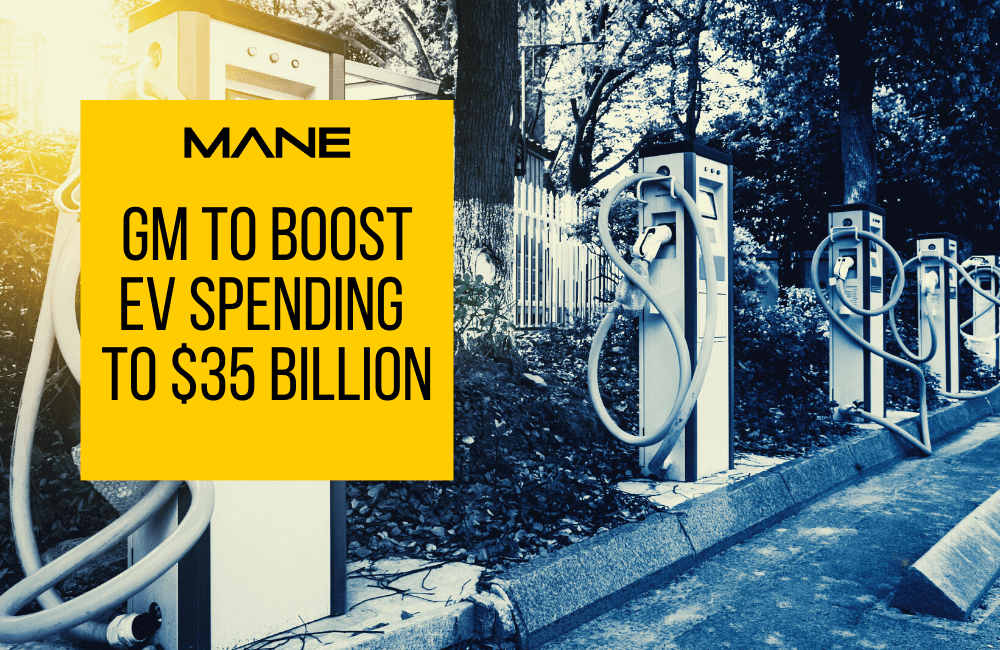 General Motors is upping its global EV spending to $35bn through 2025, a 30% jump from the $20 billion it planned to spend pre-COVID. Part of the cash will go into building two new battery plants in the US, each costing over $2 billion, as well as moving EV investments forward.

This comes less than a month after its main US rival Ford announced a similar move, upping EV spending by over a third to $30 billion by 2030. With Tesla and startups like Rivian and Lucid also increasing spending, many automakers are frantically raising funds to jump on the electric bandwagon.

Shortly after the announcement, GM CEO Mary Barra met with House Speaker Nancy Pelosi and other leading Democrats to answer questions about GM’s carbon-cutting plans and alleged labour rights abuses at its plant in Silao, Mexico. “We’re committed to an all-EV future,” said Barra after the meeting.

With Biden offering $174 billion to boost the EV sector, it’s crucial for GM to work with Washington. While the company has butted heads with Democrats over emissions in the past, it’s now come out in support of overall emissions reductions in the 2019 California deal with other major automakers and set a goal of zero tailpipe emissions for all its new cars, SUVs, and light pickup trucks by 2035.

Last November, GM confirmed plans to speed up its rollout of new EVs to offer 30 models worldwide by 2025. It also aims to sell over a million EVs in the US and China by 2025, said Barra.