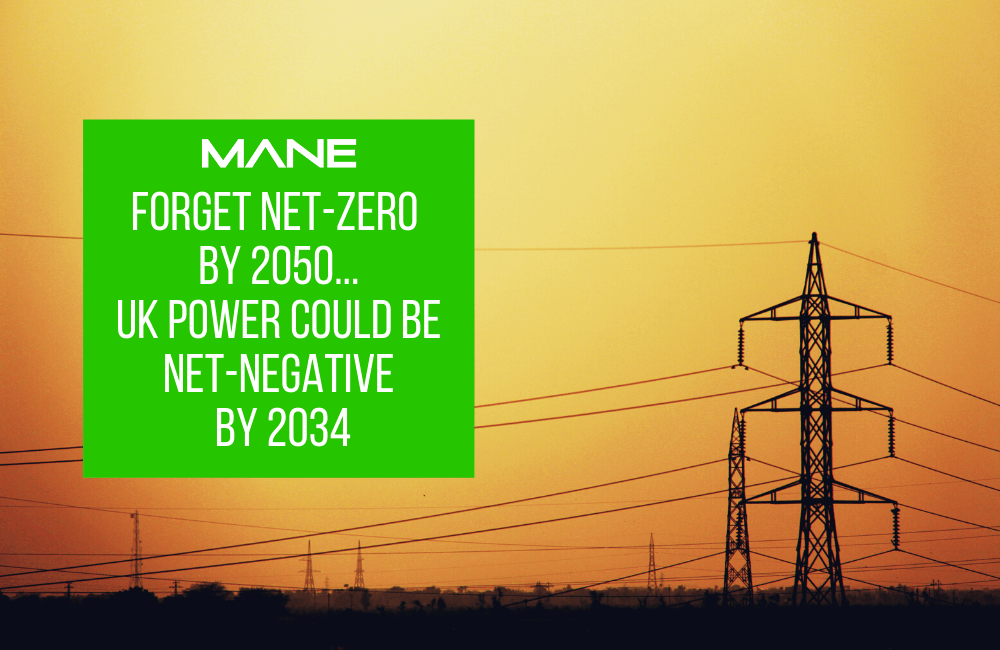 National Grid ESO's Future Energy Scenarios predict that power generation in the UK could go beyond net-zero to net negative emissions by 2034, helping Britain become a net-zero economy by 2050.

Three of the four scenarios in the National Grid’s annual report on possible decarbonisation pathways show the power sector reaching net zero by 2050. The fourth pathway, named ‘Steady Progression’, diverges from the UK’s carbon budgets in about 2025, leading to only a 73% reduction on 1990 levels by 2050.

In the most ambitious scenario, called 'Leading the Way', world-leading investment and technology coupled with high consumer engagement would enable the power sector to be net negative by 2032, helping the UK as a whole achieve net-zero by 2047. Unabated natural gas generation would fall to almost zero by 2035.

Heat and transport would hit net-zero or close by 2050 in all scenarios except Steady Progression'. All four scenarios predict lower emissions by 2030 than in last year’s report.

The report highlights that to reach net zero, emissions from hard-to-abate sectors like waste and aviation will need to be removed from the atmosphere via carbon capture or other technologies. It identifies bioenergy with carbon capture and storage as the biggest provider of negative emissions in three scenarios and also foresees a role for direct air capture and nature-based solutions.

In the best scenario, 'Leading the Way', 28 Mt of CO2e would be removed from the atmosphere, equivalent to over 40% of the power sector's 2018 emissions. However, the report stresses that reaching net-zero will call for clear accountability, detailed policies and immediate, sustained focus on delivering them.

Policy decisions are urgently needed on electrification versus hydrogen for home heating, the extent to which hydrogen should be obtained from natural gas, the timing of the transition away from gas power and the level of Government support for energy-efficiency measures, says the report. It advocates making energy efficiency improvements for buildings, appliances and vehicles a policy priority across all scenarios, which would also reduce the cost of energy security.

The National Grid says an efficient transition at fair prices will require cooperation between government, regulators and industry, consumer behaviour change and holistic market reform. It could also require as much as 24-77GW of new wind and solar by 2030, and up to 13GW of new energy storage to balance high and low output periods. In the 'Leading the Way' scenario, domestic flexibility services could offset up to 6GW of demand.

Finally, says the report, significant investment in the whole system infrastructure will be needed in the coming decade. Even in the slowest decarbonisation scenario, it predicts that almost 5 million electric vehicles and 2 million heat pumps will need to be connected to the grid.